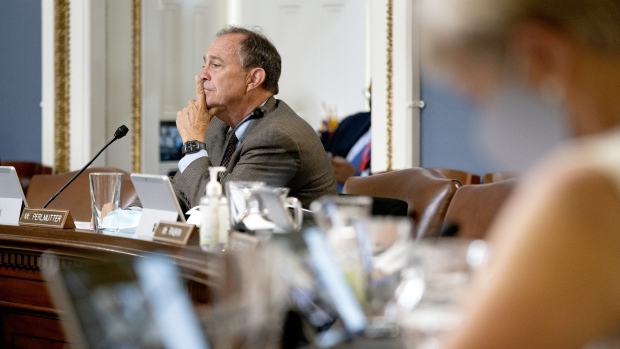 (Bloomberg) -- Lawmakers have dropped language aimed at making banking services easier for state-authorized marijuana businesses from a bill on US innovation and China competitiveness.

The broad House-passed legislation included the SAFE Banking Act, which would prohibit federal banking regulators from penalizing depository institutions for providing banking services to legal cannabis businesses. Opponents have resisted attaching the provision, stripping it from a slimmed-down compromise version of the competition bill that’s now being drafted.

“The Senate continues to ignore the public safety risk of forcing cannabis businesses to deal in all-cash,” Colorado Democrat Ed Perlmutter, the House sponsor of the SAFE Banking Act, said in a statement Thursday. “In the wake of the Senate’s inaction, people continue to be killed, businesses continue to be robbed and employees and business owners in the cannabis industry continue to be excluded from the financial system.”

House and Senate negotiators want to get a competition bill passed before the August recess and are stripping out the more controversial provisions to do so, a Democratic aide said.

Democrats, however, still want to pass Perlmutter’s bill, with the addition of restorative justice provisions, by the end of the year, possibly by attaching it to a spending measure, the aide said. That, however, risks being stalled in the evenly divided Senate, which requires at least 10 Republicans and all Democrats to overcome a filibuster.

The House passed the SAFE Banking Act on its own last year, but the Senate hasn’t considered it. The Senate’s version of that bill, sponsored by Oregon Democrat Jeff Merkley, currently has nine Republican co-sponsors.