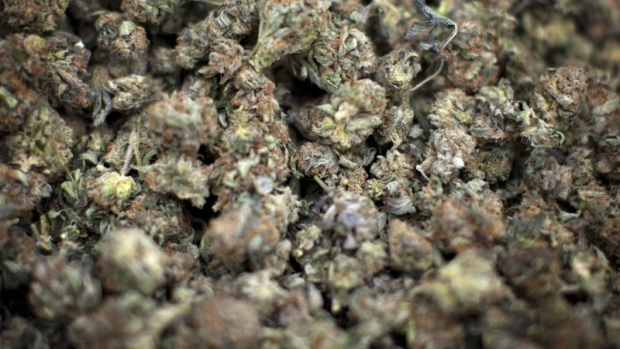 Marijuana is pictured for sale during the annual 4/20 day, which promotes the use of marijuana, in Vancouver, British Columbia, April 20, 2013. , Reuters/Ben Nelms

The government said Friday the tax shouldn’t exceed $1 a gram or 10 per cent of the producer’s price, whichever is higher. Retail sales levies would be applied on top of that.

For example, one gram of dried cannabis costing $8 to produce would be taxed at $1, and the total cost of $9 would be hit with a sales tax of $1.17, bringing the total to $10.17, the government said in a statement. The example uses tax rates that apply in provinces such as Ontario. Rates vary in other provinces.

The shares rose because the proposal is in line with expectations and the legitimate market needs to evolve to the point where pricing and range of products are comparable or slightly less than the black market, said Daniel Pearlstein, an analyst at Eight Capital in Toronto. However, it’s disappointing Canada plans to tax medical marijuana at the same rate, he said.

Total tax revenue could be as much as $1 billion a year, said Bill Blair, the former Toronto police chief turned lawmaker who’s leading the government effort to legalize pot. He stressed estimates are “speculative,” since it depends on how large the legal market will be.

Canada will legalize recreational marijuana by next July and the plan echoes Trudeau’s recent proposal to make the price of recreational weed low enough to squash the black market. The federal government proposes to split the producer tax revenue equally with the provinces, however provinces such as Ontario are asking for a bigger cut, arguing that many of the key elements of the plan, including setting up sales and distribution regimes, are up to them.

Canada’s federal and provincial finance ministers are due to meet in December.