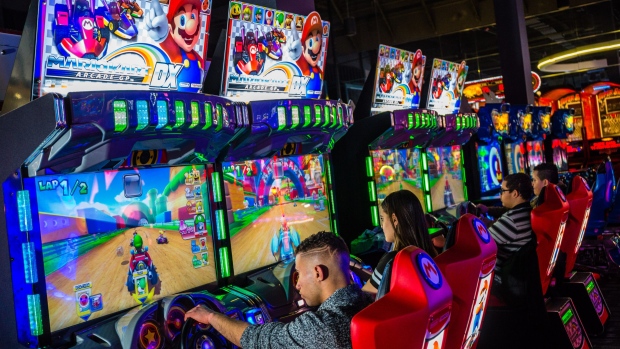 Nintendo Co. Ltd. is about to make its biggest push into mobile gaming yet, as it brings one of its most-loved franchises to smartphones next week.

The Japanese gaming giant will launch Mario Kart Tour on Sept. 25, a free-to-play game for iOS and Android that features some race tracks from earlier Mario racing games, as well as new ones inspired by real cities. Like previous mobile games released by Nintendo, Mario Kart Tour targets more casual gamers, and is designed to be playable with just one hand.

While the game is advertised as free, based on the game’s Beta version, Nintendo will likely rely on microtransactions to make money – a similar strategy that it’s used for other mobile game releases like Dr. Mario. A number of gaming and tech experts say this strategy will limit the game’s appeal and reach, despite the long popularity of its Mario Kart franchise.

“The game will be free to start, but then there will be in-app purchases,” said Patrick O’Rourke, tech analyst and managing editor of MobileSyrup, in a telephone interview. “Like other Nintendo mobile games, it’s expected there will be an in-game currency to download new tracks and characters, as well as a limit on how long you can play before you have to purchase more time.”

The Kyoto-based company doesn’t need to be selling mobile games, said O’Rourke, adding that Nintendo’s mobile push may be more of a move to expand the presence of its brands and characters on multiple platforms.

“I would say Nintendo is a little late to the game,” said O’Rourke, acknowledging that Nintendo’s previous mobile titles have received middling reviews. “For a long time it was always Nintendo games on Nintendo consoles that worked together, but that’s definitely changed over the last couple of years.”

The company’s most recently-released console, the Switch, is two years old, but continues to sell well. According to Nintendo’s sales figures, the Switch was the best-selling console in 2018 and so far in 2019. The gaming giant also just released a smaller version of the system, Switch Lite, in order to refresh excitement before the holiday shopping season.

There’s no shortage of competition in the mobile gaming space, but the market is not dominated by Nintendo’s familiar rivals like Sony Corp. and Microsoft Corp. Many of the top games on Apple’s App Store are made by King.com Ltd., which is owned by Activision Blizzard Inc.

Apple Inc. may be Nintendo’s biggest threat in this segment, as the iPhone-maker launched Apple Arcade on Thursday, a mobile gaming subscription service that’s geared towards children and casual gamers.

Meanwhile, Mario Kart Tour on smartphones aims to attract younger gamers, for example, who are increasingly playing games on parents’ phones. And that could lead them to becoming familiar with Nintendo characters and wanting the company’s flagship offerings, O’Rourke said. The gaming company may also be hoping to recapture fans who have been playing the popular racing game for the last three decades.

Still, after Mario Kart Tour, Nintendo hasn’t laid out much of a road map for future mobile plans, according to O’Rourke. That could be a sign that the company’s strategy in the mobile space remains uncertain.

“Nintendo has launched five or six mobile games and none have done well,” Michael Pachter, managing director of equity research at Wedbush Securities, said in a telephone interview. “With the exception of Smash Bros. and Mario Kart, their other games don’t lend themselves to free-to-play, and they haven’t figured that out yet.”

Part of Nintendo’s slow foray into mobile gaming is due to the fact that it sells its own handheld devices, like GameBoys, and any smartphone game would have to compete with its core titles, said Pachter.

“They’re absolutely paranoid about cannibalizing sales,” said Pachter. “Which is why their mobile effort has been horrific so far. They just don’t know what they’re doing with mobile, and it doesn’t appear they will figure it out any time soon.”