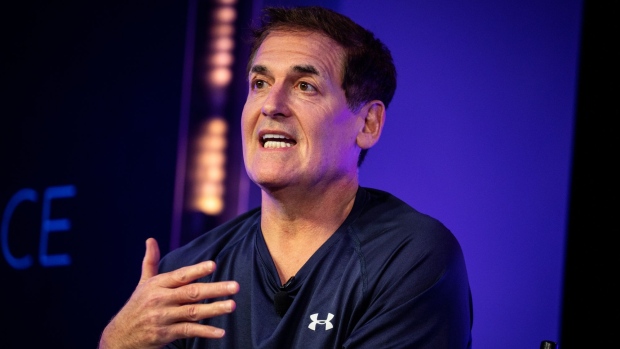 (Bloomberg) -- Outspoken billionaire Mark Cuban says the mayhem caused by the global Covid-19 pandemic has created business opportunities for those with the courage to try.

Cuban’s comments came while he was being interviewed by Carlyle Group Inc. co-founder David Rubenstein on Bloomberg Television.

During the hourlong conversation, the owner of the National Basketball Association’s Dallas Mavericks talked about his childhood, meeting President Donald Trump and how Covid-19 is changing the world. Here were some key insights from the discussion on “The David Rubenstein Show: Peer-to-Peer Conversations”: