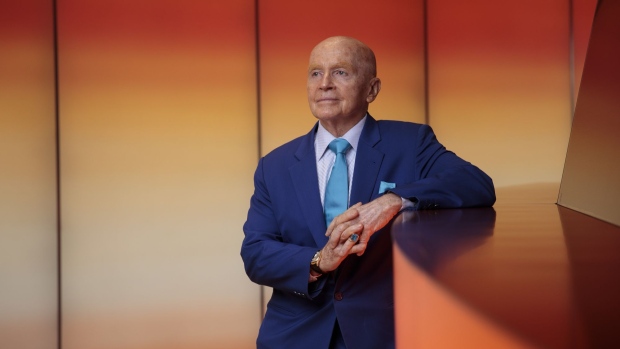 The yields “can go much much higher,” Mobius said in an interview on Bloomberg Television, as investors won’t be buying Treasuries if their yields are far below the rate of annual inflation, which economists expect to come in at 7% for December.

“If you consider the fact that money supply in America went up by over 30% last year, you have to expect prices to go up by that much,” said Mobius, who set up Mobius Capital Partners after more than three decades at Franklin Templeton Investments. He added that while technology has pushed prices down, “those 7% numbers are underestimating what’s coming down the pike.”

Mobius’s comments come days after hawkish minutes from the Federal Reserve’s December meeting underscored the case for a faster U.S. interest-rate hike as omicron raises the risk of supply chain disruptions and higher prices. That’s spurred a jump in U.S. 10-year note yields to an almost two-year high, and sparked a rotation out of growth equities to cheaper old-economy stocks such as banks.

U.S. inflation data this week will be keenly watched as concerns grow the Fed is behind the curve in tackling elevated price pressures.

Here are his other notable remarks from the interview: