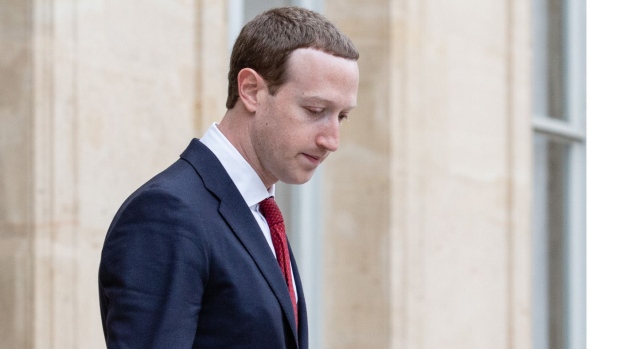 (Bloomberg Opinion) -- Mark Zuckerberg’s cryptocurrency project, Libra, has become the regulatory equivalent of a pinata: Everyone is lining up to hit it with a stick. France’s finance minister Bruno Le Maire calls it an assault on sovereignty and a risk to financial stability, an attack backed up by his German counterpart Olaf Scholz who dubbed it a “parallel currency.” You can see their point.

Across the Atlantic, U.S. Democrats and Republicans — including President Donald Trump — have called for tough scrutiny of the Facebook Inc. payments system, whose potential 2-billion strong user base could threaten the U.S. dollar’s supremacy.

Facebook’s attempt this week to debunk the argument that it’s encroaching on government turf, via a Twitter thread from its blockchain boss David Marcus, won’t allay these fears. Marcus’s depiction of Libra as a system “running on top of” existing currencies rather than supplanting them — that is, a digital token backed by a basket of assets including dollars, euros, yen and the like — is exactly what has spooked politicians and central bankers.

Libra is a so-called “stablecoin,” meaning its value will be anchored to the hard currencies that back it — similar to Singapore’s currency peg and unlike Bitcoin with its wild swings in value. But that doesn’t mean Libra’s rise would be good for those underlying currencies. If it took off, Libra would have a bigger potential user base than the combined populations of China, the U.S. and the EU.

A mighty, privately-backed cryptocurrency would have all sorts of consequences on the enforcing of economic sanctions or regulation of global trade, as well as on central banks’ ability to respond to crises or recessions. Libra could gain great influence over countries with weak or unstable currencies that might otherwise lean toward the dollar or euro.

That this would all be led by a tech industry that has frequently trampled consumer privacy underfoot is another worry, even if safeguards were put in place to keep the social media behemoth at arm’s length.

Rather than debate with Zuckerberg, some central bankers seem to be mulling the idea of grabbing the Libra idea for themselves and setting up an alternative. If the problem with such a currency is Facebook, why not make one yourself that’s Facebook-free?

The Bank of England governor Mark Carney floated last month the idea of a “Synthetic Hegemonic Currency,” one backed by a basket of reserve currencies but without the “fundamental” problems raised by Libra. This week Benoit Coeure, a European Central Bank executive, called on other central bankers to join forces and look into issuing digital currencies to fend off the private stablecoins.

You can see why this might be preferable to digital coins run by Facebook, Amazon.com Inc. or Apple Inc. Ideally, central bank cryptocurrencies would have the convenience of digital cash and would probably do a better job of reining in illicit transactions and money laundering. They would let a central bank keep a tighter grip on financial stability too. And the risk of “digital dollarization,” in which countries find themselves falling under the sway of powerful digital tokens, is lessened.

There are, nonetheless, trade-offs with any digital currency whomever issues it. National sovereignty might be protected but at what cost? A more efficient payments system may look cheaper but it would put central banks in a new role, one that would require more staff and better cyber-defenses. These are not things you naturally associate with cash-starved public institutions.

The “sovereignty” of citizens could be eroded too as cash became more traceable. And we have no idea how it would perform in a financial panic. A digital bank run might be very ugly.

These are political and social questions. It’s good for regulators to be grappling with them now rather than letting Facebook do what it likes. It doesn’t make the answers any easier, though. A central banker’s Bitcoin is no magic bullet.