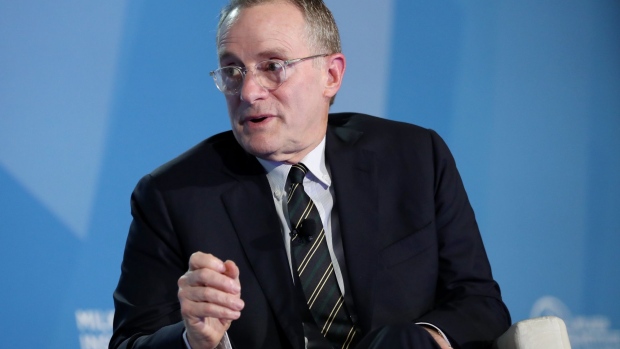 “In the short term, I worry about not having great things to buy,” Marks said during a MacroMinds virtual event moderated by Bloomberg’s Alix Steel.

The safer plays aren’t especially attractive, according to Marks. “You can keep the portfolio you’ve historically had and expect that the return will be lower than it used to be,” he said. “You can say the market is a little high,” reduce risk if you’re wary of a correction, “and then your return will be even lower,” Marks continued. Or you can get out of the market entirely, and “your return will be zero.”

Investors who don’t like the safer scenarios can take on more risk, Marks said, or find a niche money manager who “drives people to illiquid or so-called alternative investments,” which then introduces “manager risk.”

“The answer is that there is no, and can be no safe, dependable way to make a high return in a low-return world,” Marks said. “It’s too good to be true.”

Global credit and equity markets have staged a dramatic rebound since last year, when the Federal Reserve took unprecedented steps to steady the economy amid the pandemic. The move rapidly shrank the amount of distressed debt outstanding and propped up companies that were ailing even before the pandemic hit, depriving value-oriented investors like Oaktree of new targets.

Oaktree was prepared to enter 2020 with a “cautious portfolio” and started to buy in March, “licking our chops,” as the market collapsed, Marks said on Wednesday. By the time Oaktree raised a record amount of capital for a new distressed-debt fund last July, the opportunities had already passed.

Oaktree is one of the largest distressed-debt investors, with more than $36 billion committed to credit from troubled companies. The Los Angeles-based fund has thrived in times of economic stress, when prices on bonds of companies in danger of defaulting fall to deep discounts.

The amount of traded distressed bonds and loans in the U.S., which swelled to nearly $1 trillion last year, has shriveled to $82 billion as of May 7, according to data compiled by Bloomberg. Bankruptcy filings have also subsided from last year’s wave as borrowing costs have fallen and companies seek government relief.

Interest rates remain at historic lows, which has pushed up prices and depressed potential returns, Marks said. “Interest rates are so low that high valuations are justified,” he said.

The rise in day-trading that popped up in the last year is a result of pandemic closures, working from home and greater disposable income, according to Marks. The events have given rise to a new investor, he said.

“The professionals like to tell themselves that the retail buyers don’t do fundamental work,” but some do, while others “look at it like betting on a sports team,” Marks said. “We’ll see in a few years how long they’re in for.”