'We are not saying no' to CBD and the cannabis industry: Philip Morris International CEO

When Moira Gilchrist was first approached by Philip Morris International Inc., she wondered what a tobacco company wanted from a scientist who had previously worked on clinical trials for anti-cancer drugs.

The world’s largest cigarette maker was looking at ways of delivering nicotine in a product that reduced the harmful chemicals in smoking, and needed her expertise in navigating the highly regulated pharmaceutical industry. Gilchrist, a cigarette smoker at the time, made the leap in 2006 — to the shock of friends and colleagues — becoming one of the first people from the pharma sector to join Big Tobacco, viewed by many as the enemy of health.

“I thought, if they can get this right, this could be a solution for me personally, but also for everyone else on the planet who, like me, light up cigarettes despite knowing the risks,” Gilchrist said.

Fifteen years later, Philip Morris, whose brands include Marlboro and Chesterfield, generates a quarter of its US$28 billion in sales from smoke-free products, and aims to boost that share to more than half by 2025. IQOS, the device Gilchrist helped develop, created an entirely new business line for the tobacco industry, prompting rivals like British American Tobacco Plc and Imperial Brands Plc to scramble to keep up.

The smoke-free revolution is also one of necessity: Cigarette sales in the developed world have been declining, and government regulation is getting tougher. The U.S. is considering a total ban on menthol cigarettes, while Brookline, a suburb of Boston, is going to prohibit tobacco sales to anyone born this century.

With smoking trends only going one way, Geneva-based Philip Morris, which split off from Altria Group Inc. in the U.S a decade ago, is looking elsewhere for revenue, even at delivery systems for medicines.

In one of its boldest and most controversial moves yet, the company said this month that it would buy U.K. asthma drug maker Vectura Group Plc, a deal that would add fresh expertise in devices, inhalation, regulation and clinical manufacturing. Coupled with its recent purchase of Fertin Pharma A/S, a maker of nicotine chewing gum and lozenges used for pain medication, Philip Morris is arming itself to accelerate the development of new nicotine-free products. 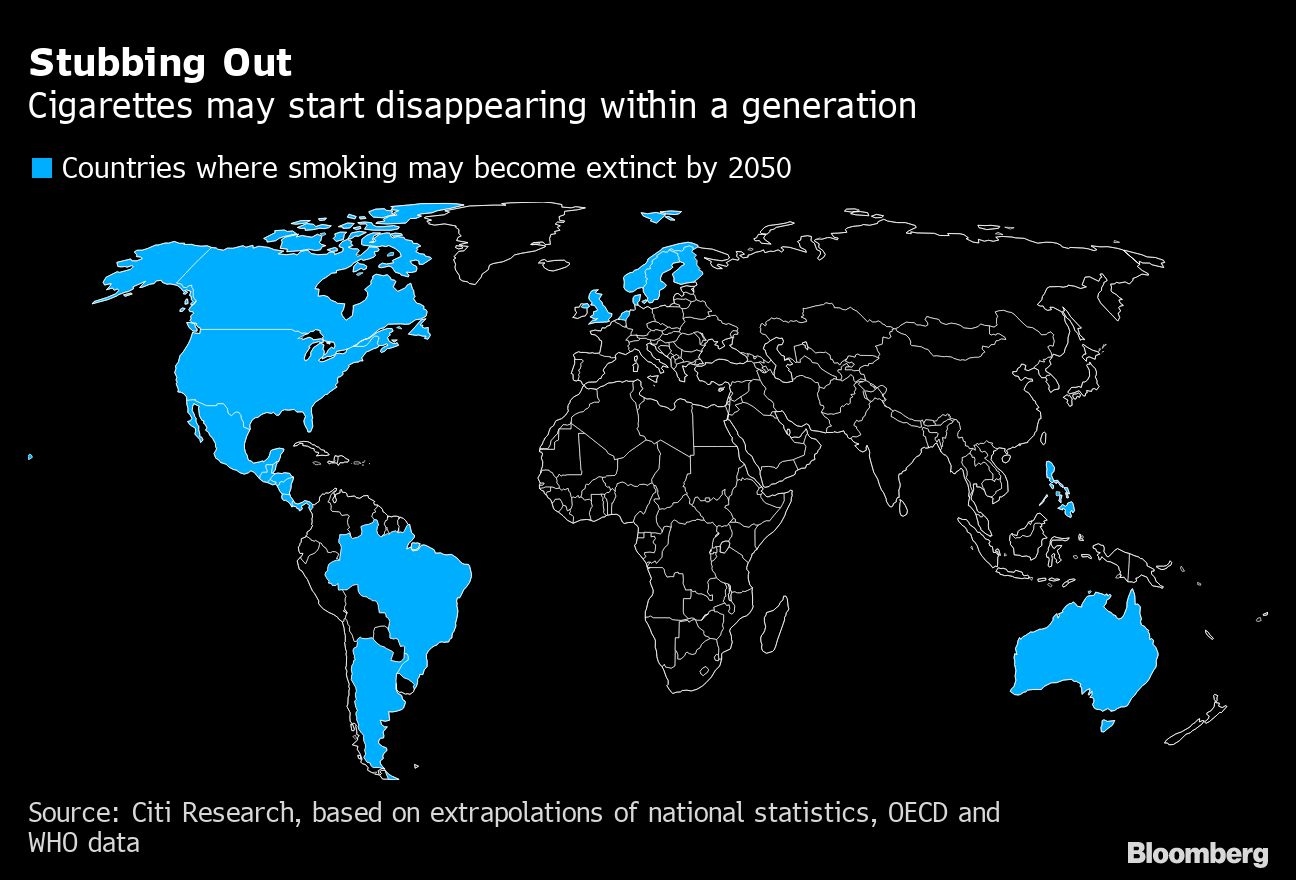 But efforts to reinvent the cigarette haven’t weakened skepticism among anti-smoking groups that Philip Morris is truly aiming for a smoke-free future.

They argue the company and its rivals are keeping consumers hooked on nicotine with new alternative products that range from IQOS’s heated tobacco, vaping and discreet pouches that can be nudged between gums and lips — and see the recent acquisitions as unsettling. For some, there’s quite simply something wrong with a tobacco company owning a firm that makes drugs to treat respiratory illnesses.

Cancer Research UK said of the Vectura news that if Philip Morris really wanted to help, “they could stop aggressively promoting and selling their products altogether.”

Vectura could also be damaged by the stigma of tobacco undermining its credibility in healthcare. The takeover could see it shunned at industry associations and barred from publishing papers or presenting data. The European Respiratory Society’s constitution and bylaws, for example, reject any links — even perceived links — to the tobacco industry.

While there are ethical concerns about the takeover, the bigger threat to the deal may be a rival bid from Carlyle Group Inc. The private equity group previously agreed to buy Vectura until it was trumped by Philip Morris, and it's now considering its options, raising the prospect of a takeover battle. 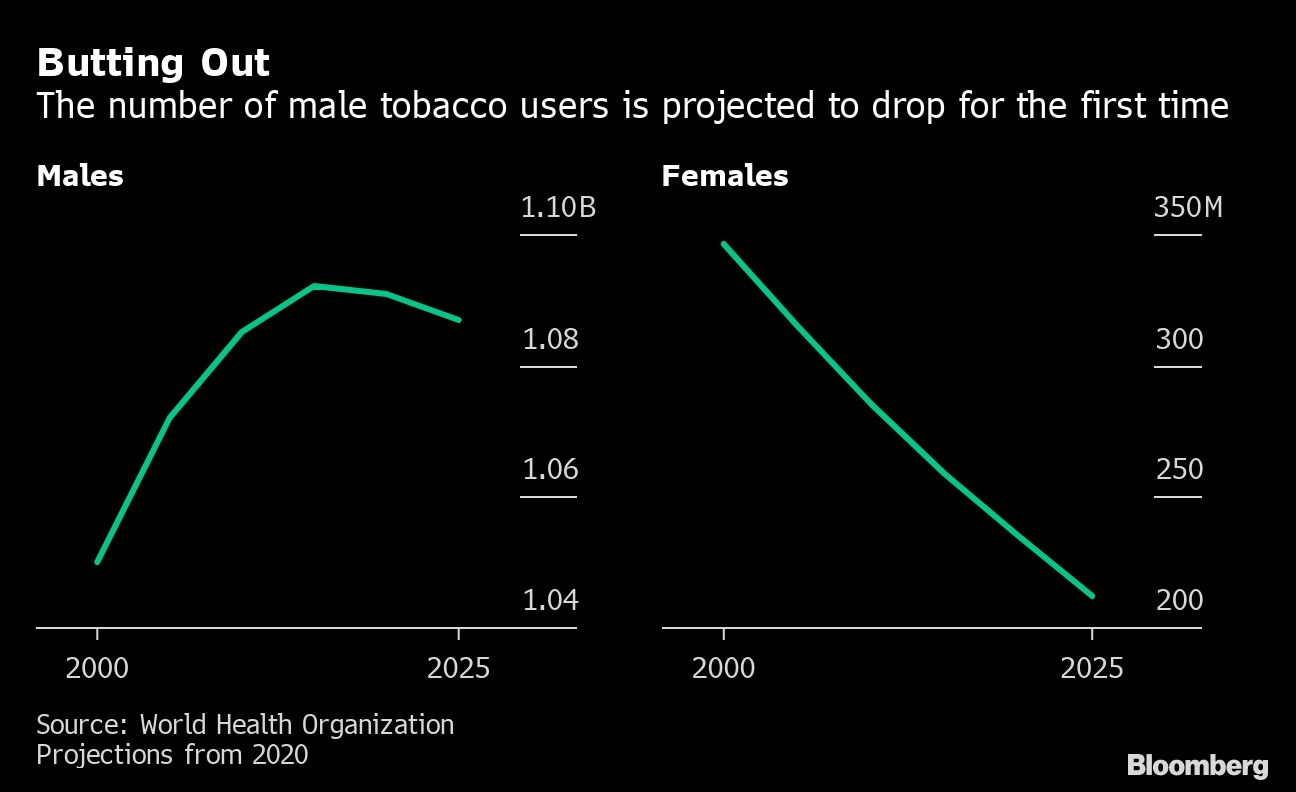 For Philip Morris Chief Executive Officer Jacek Olczak, ownership concerns aren’t justified. While three-quarters of its revenue comes from combustibles, the majority of its investment is now in smoke-free and so-called beyond-nicotine products, he says.

“My reaction to ‘who is the owner?’ and that being what dictates opinion about something, is that’s a path to nowhere,” Olczak said in an interview with Bloomberg News. “Our aspiration is to solve the problem of smoking, and it’s not a dream without substance to it — the technology for that exists.”

The Vectura and Fertin acquisitions hand the company major entry points for beyond-nicotine offerings. That includes expertise in oral and respiratory drug deliveries to speed up expansion in the wellness sector, with products such as botanicals that boost energy or aid sleep, as well as devices with potential medical use.

Vectura is also exploring inhalation as a way to treat non-respiratory diseases such as pulmonary vascular illnesses, cancer and even COVID-19.

Philip Morris Chairman Andre Calantzopolous cites the example of a heart attack sufferer who can chew on an aspirin to slow and shrink the size of a forming blood clot. But in a dire situation, it may not start working fast enough.

“If you inhale it, the bioavailability is a couple of minutes, and that can save a lot of lives,” Calantzopolous said. He added that PMI’s goal is not to discover new treatments, but find ways to accelerate therapeutic delivery of existing ones, as inhalation is the second-fastest way for molecules to get into the bloodstream aside from injection. 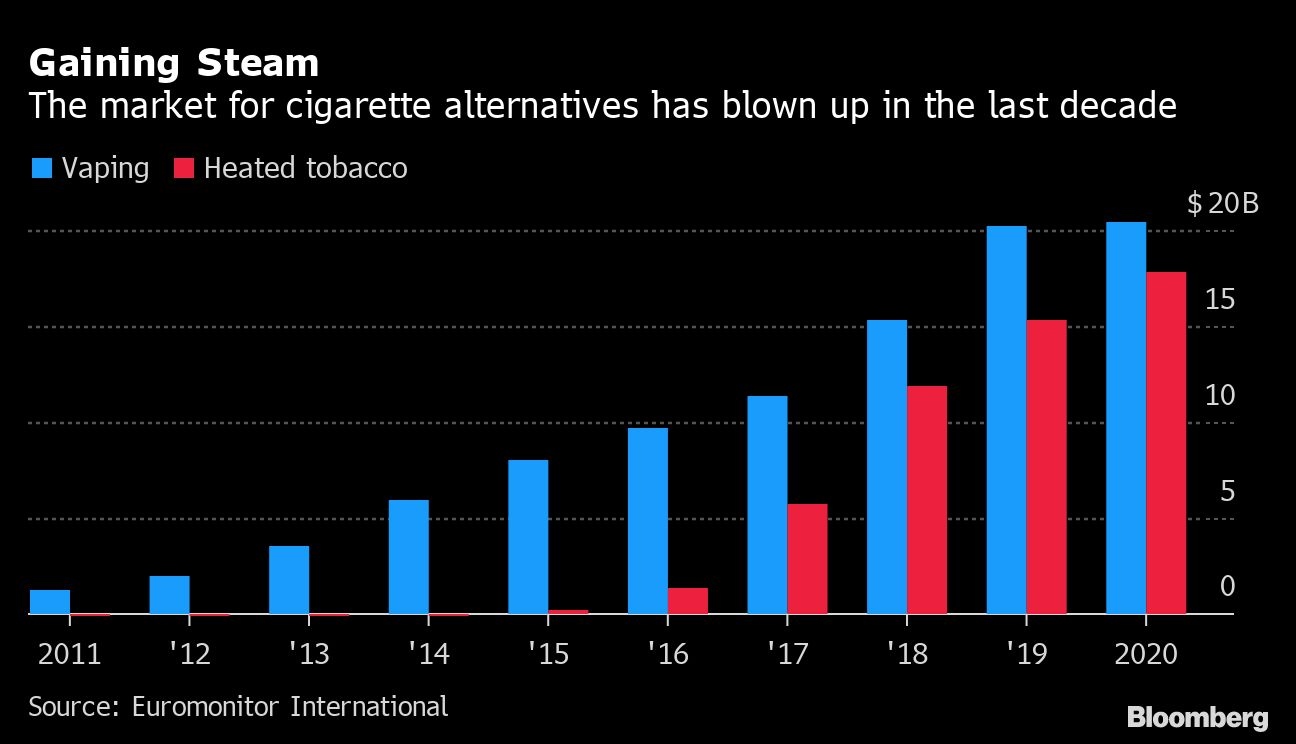 Along with product development comes the campaigning and lobbying, areas where Big Tobacco has a troubled history that keeps alive suspicion about the industry.

Earlier this year, Ruth Malone, a professor at the University of California, San Francisco and editor-in-chief of the Tobacco Control journal, wrote an op-ed in the British Medical Journal criticizing the tobacco industry’s embrace of harm reduction as a way to weaken tobacco control and take over the narrative about their products.

Gilchrist challenged the view several times on Twitter, asking the BMJ to publish her response which pointed out that the vast majority of smokers don’t quit but still want better alternatives to cigarettes. The journal rejected her rebuttal as PR, and Gilchrist eventually published her response on open science forum Qeios instead.

Given how hard some smokers find it to quit, some authorities, like Public Health England, are taking a more relaxed stance on new products, saying they can be a tool to help people. The U.S. Food and Drug Administration authorized IQOS to be marketed as a modified risk tobacco product, meaning switching can reduce a person’s exposure to harmful chemicals. 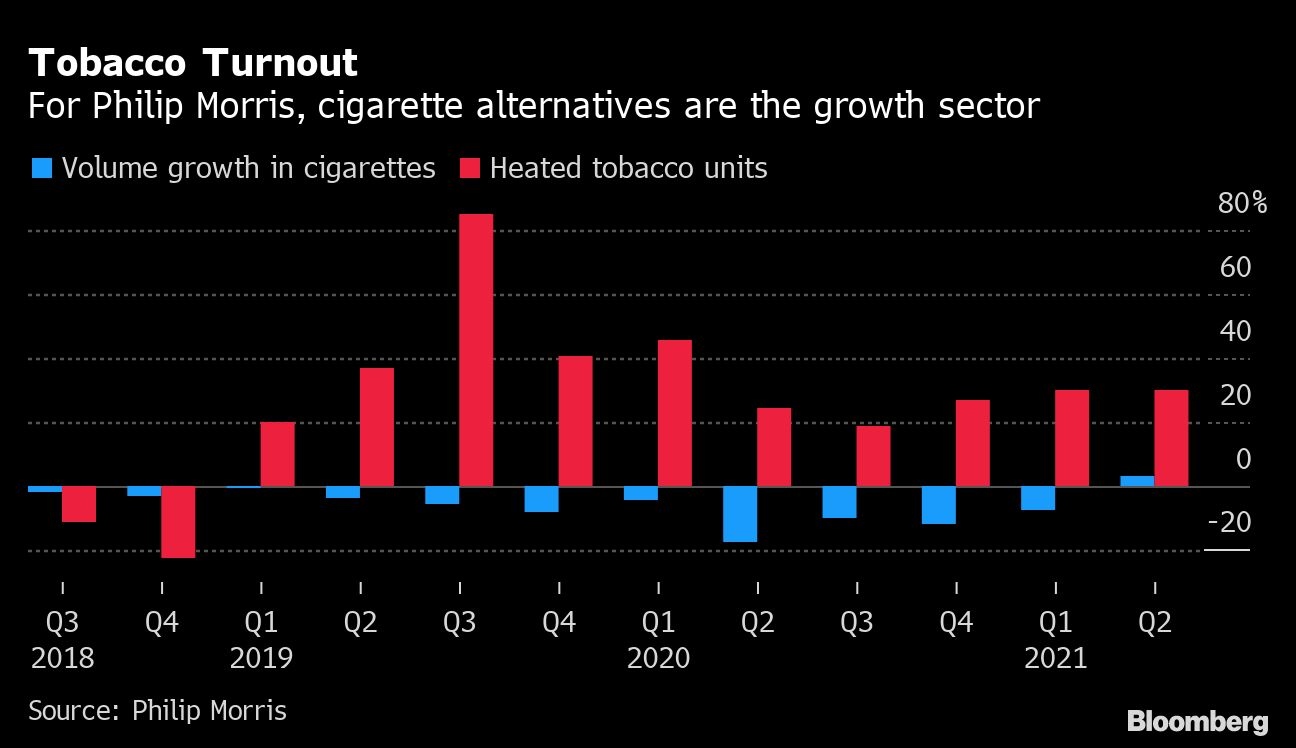 Much of Philip Morris’s future lies in The Cube, its research center on the shores of Lake Neuchatel in Switzerland. In one room, dozens of machines test heated-tobacco sticks to ensure they last for the promised 14 drags during a six-minute window. In another, a chamber full of IQOS puffs is measured for particles and toxicity. Some tests are done on what’s called “lung on a chip,” reconstructed lung tissue used for laboratory testing.

Hundreds of experts have been hired from the medical, pharmaceutical, life sciences and electronics sectors, as well as communications, to develop these new products and present naysayers with statistics and scientific evidence.

The ease with which Philip Morris hires such new employees today contrasts to when Gilchrist first joined. Back then, hiring from pharma was harder because the company kept a lid on its smoke-free plans, and people were more hesitant about joining an industry linked with disease and premature death.

“There were those that said, ‘What? Why?’ and others that said I absolutely shouldn’t do that,” Gilchrist said. “For years, people were scratching their heads asking what the hell I was doing.”

Now, she says, the company gets plenty of resumes as people increasingly put aside the ethical questions of tobacco and focus on changing the industry.

Still, many campaigners are far from being swayed.

“They are fairly desperate to position themselves as ‘part of the solution’ to the problems they created by aggressively marketing products engineered to be as addictive as possible,” Malone said. “This is the outgrowth of their long-term strategic plan to divide and conquer the tobacco control movement, exploiting their versions of ‘harm reduction.’’’