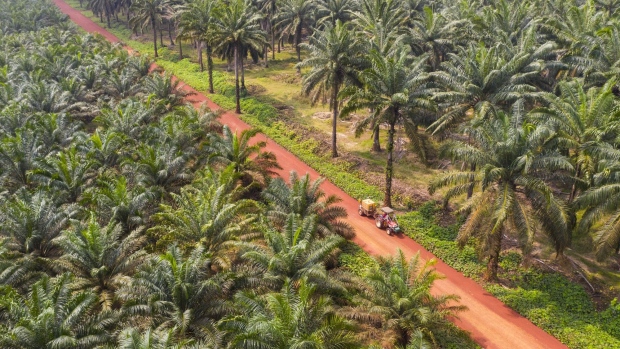 Mars Inc.'s M&M's are displayed at an M&M Chocolate Bar pop-up store in New York, U.S., on Friday, Dec. 7, 2018. Pop-up stores - by plunking down in unlikely places like traditional malls and barber shops -- are disrupting the real estate landscape and forcing commercial real estate owners to rethink how they sell their space. Photographer: Michael Nagle/Bloomberg , Bloomberg

(Bloomberg) -- Mars Inc., the maker of Snickers and Dove candy, is trimming the ranks of its palm-oil suppliers and says it has now eliminated those that can’t commit to preventing deforestation.

The company said on Tuesday that it has reached the point where its palm-oil use is no longer contributing to the clearing of tropical forests -- a practice that’s a major contributor to global warming. With fewer suppliers, Mars said it’s easier to verify that the providers are meeting environmental and ethical goals.

Mars is using satellite mapping to monitor land use and third-party validation, and says it has asked its suppliers to apply the same rules to all production, including for other buyers. Mars has gotten rid of two major suppliers and 21 second-tier suppliers for not following its protocols.

“We have cleaned up our act,” said Barry Parkin, chief procurement and sustainability officer at Mars. He added that the aim is for the changes to improve behavior across the entire industry. “We’re weeding out the bad actors and we’re rewarding the good actors,” he added in an interview.

While a tighter supply chain is easier to regulate, it also lets Mars “shorten the pipeline” from plantation to refinery, lowering costs, Parkin said.

Palm oil is used to make everything from chocolate and animal feed to deodorant and shampoo. Scrutiny surrounding its environmental and social impact is increasing as slash-and-burn farming destroys rain forests and pollutes air, water and soil.

About 85% of palm-oil production occurs in Indonesia and Malaysia, and the conversion of peat swamps into palm-oil plantations produces as much greenhouse-gas pollution as nearly half of the global aviation industry.

“If a fire starts somewhere in one of the areas that we’re sourcing from, an alert will go off and ground verification will happen,” Parkin said. “If it’s found that a supplier has done something wrong, they are immediately dropped out of our supply chain and then the investigation happens and they get a chance to explain it.”

With awareness rising, Mars and peers such as Mondelez International Inc., Nestle SA and Unilever NV have pledged to take steps to prevent further environmental damage. In a 2019 report, the World Wildlife Fund gave Mars a score of 17.3 out of 22, which ranks companies on their efforts to prevent deforestation and support a responsible and sustainable palm-oil industry. That places Mars as the 12th best performer amid the 173 total in the study.

Margaret Arbuthnot, director of commodity markets at WWF, said that supplies of palm oil depend on companies making changes to their supply chains now.

“It’s not just their current supply chains that matter, but that it’s shifting the whole industry to sustainability so that they have those supplies available in the future,” Arbuthnot said in an interview. “It’s a whole industry problem, so they need to do their part.”