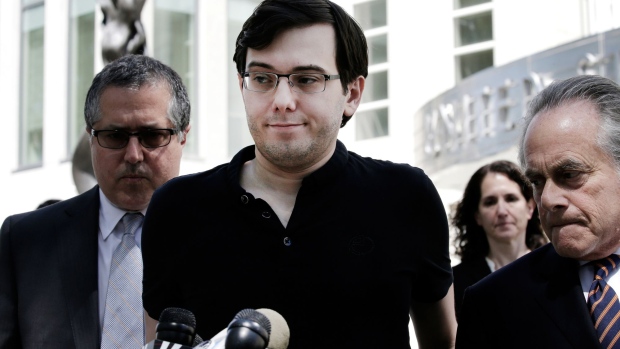 Martin Shkreli, former chief executive officer of Turing Pharmaceuticals AG, center, pauses while speak to members of the media with his attorney Benjamin Brafman, right, outside federal court in the Brooklyn borough of New York, U.S., on Friday, Aug. 4, 2017. Shkreli, notorious for raising the price of a potentially life-saving drug by 5,000 percent, was found guilty Friday of defrauding investors in two hedge funds and in Retrophin Inc., a pharmaceutical company he co-founded. Shkreli was convicted of three of eight charges, including securities fraud. , Bloomberg