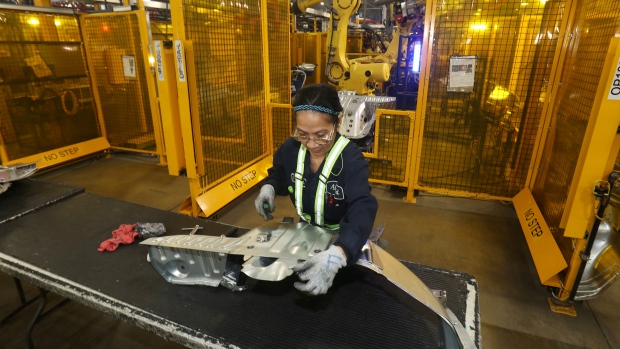 VAUGHAN, Ont. - Martinrea International Inc. says earnings rose 28 per cent in the third quarter despite some impact from the GM strike, but that delayed vehicle programs has it pushing back sales targets for next year.

The auto-parts producer reported after markets closed Tuesday that it had net earnings of $46.7 million, or 57 cents per share, up from $36.4 million or 42 cents per share for the same quarter last year.

Analysts had expected adjusted earnings of 52 cents per share and revenue of $881.5 million, according to financial markets data firm Refinitiv.

The company says it has pushed back its $4 billion annual revenue target to 2021 after several auto companies pushed back vehicle programs worth more than $400 million a year to Martinrea.

It says programs including the Jeep Grand Cherokee, Nissan Rogue and Pathfinder, and Ford's new product at its Hermosillo plant in Mexico have been pushed back six to nine months as sales volumes look to stay flat or drop in China, Europe and somewhat in North America next year.

This report by The Canadian Press was first published Nov. 12, 2019.