Glencore Plc’s Viterra unit agreed to buy the grains business of Gavilon Group, making good on a longstanding goal to grow in the U.S. as the commodity giant assesses the future of its agriculture operations.

Glencore has been looking for years to grow its agriculture business to break the century-long dominance of the industry held by the so-called ABCD quartet -- Archer-Daniels-Midland Co., Bunge Ltd., Cargill Inc. and Louis Dreyfus Co. New Chief Executive Officer Gary Nagle said in December the company was reviewing opportunities to unlock more money from the unit.

“The acquisition of Gavilon firmly establishes Viterra in the important U.S. grains and oilseeds markets,” Nagle said on Wednesday. “Viterra is now present in all major agricultural origination regions of the world. This will enable the company to take advantage of structural opportunities across global agricultural markets.”

Viterra will acquire the Gavilon grains and ingredients business from rival trader Marubeni Corp. for US$1.13 billion plus working capital. Buying Gavilon will give Viterra a significant agriculture footprint in the world’s largest grain shipper, after largely being concentrated in countries like Canada and Australia. Gavilon has assets throughout the Plains and Midwest, as well as indirect minority ownership in two West Coast port terminals which offer a gateway to Asia.

The deal may spur questions about Glencore’s future plans for the agriculture business. The company sold almost half of the unit to the Canada Pension Plan Investment Board and British Columbia Investment Management Corp. five years ago, and has since rebranded it as Viterra -- the name of a Canadian crop handler it acquired in 2012. Analysts have speculated that Glencore could either further sell down the unit or spin it off in a public listing.

The company has also long been on the hunt for assets in the U.S. grain industry, including an unsuccessful approach to rival Bunge Ltd. in 2017, but hadn’t inked a major deal since the Viterra purchase. 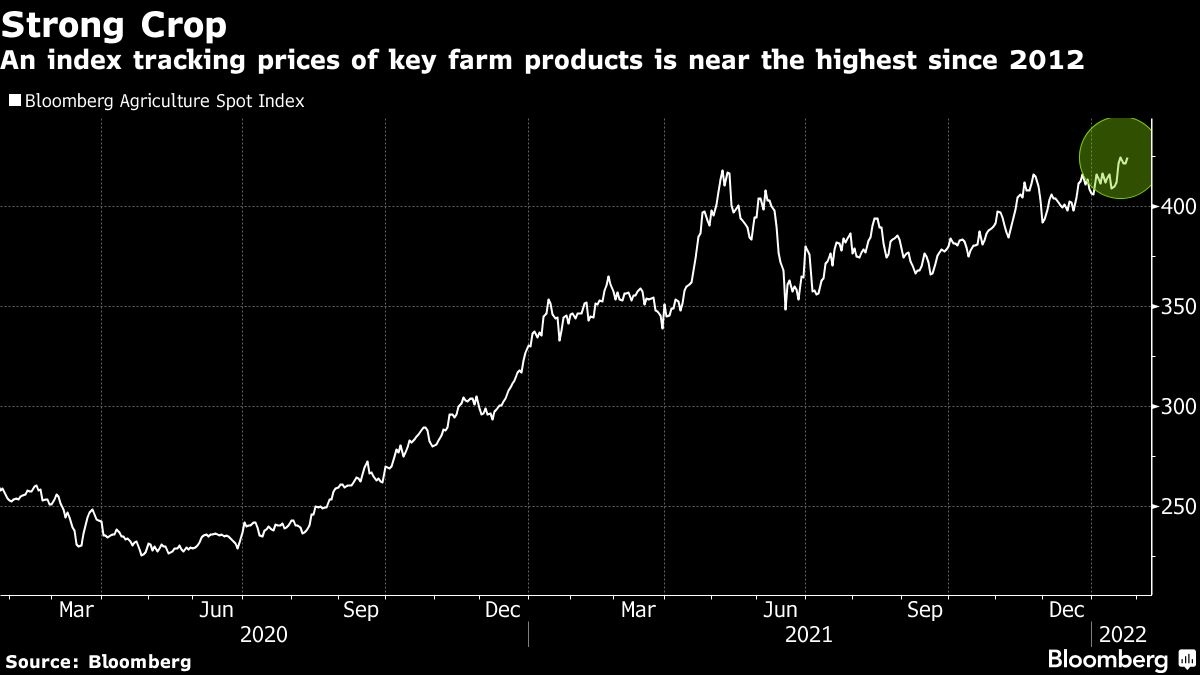 Marubeni bought Omaha, Nebraska-based Gavilon for US$2.7 billion in 2013 on hopes it would allow the Japanese trader to expand its sourcing of corn and soybeans to better compete with other top global grain traders in Asia. However, the business suffered through a series of challenges including a U.S. drought, low commodity prices and the U.S.-China trade war.

The trading giant sounded out buyers for Gavilon in 2019, Bloomberg reported at the time, although Marubeni denied that it intended to sell the unit.

Marubeni said it expects to get as much as 400 billion yen (US$3.51 billion) from the sale to Viterra, including the collection of loans. It will retain some assets including eight grain elevators in the northern U.S., part of the equity interest in a grain-export terminal joint venture, and Gavilon’s fertilizer business.

The decision was made after considering the “uptrend in the grain supply industry,” Marubeni said. The company saw an opportunity to transfer Gavilon’s grain business on “appropriate terms” and assessed that it would be able to maximize its own consolidated asset value, it added.

The trading house expects a record profit this fiscal year through March, along with its domestic peers, as commodity prices surged.