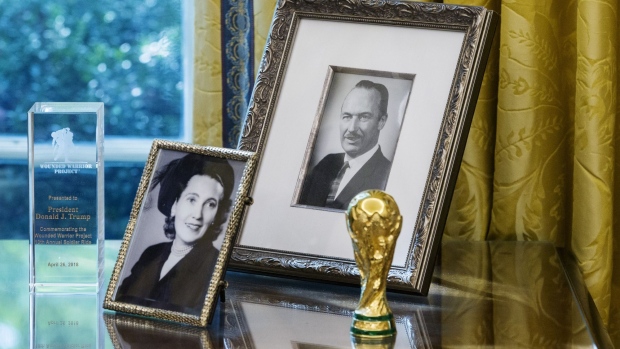 More than 600,000 copies of a controversial memoir by U.S. President Donald Trump’s estranged niece have already been shipped to bookstores across the U.S., publisher Simon & Schuster Inc. told a judge who’s weighing a Trump family request to block its release.

An injunction sought by the president’s brother, Robert Trump, would result in a “significant loss” for the publisher and damage its relationships with printers, Simon & Schuster Chief Executive Officer Jonathan Karp said in an affidavit Wednesday.

Beyond financial harm, an injunction “would have little impact at this point given the widespread availability of the book, and any broader injunction would be unworkable and would impose substantial and irreparable damage to Simon & Schuster’s ability to publish a work addressing issues of national importance to this country and the public’s right to read the work,” Karp said.

Mary Trump’s book, “Too Much and Never Enough: How My Family Created the World’s Most Dangerous Man,” portrays the president as a liar and narcissist who rose to power after being coddled by his father, the media and banks. Anecdotes from the book have been widely reported in the media.

Justice Hal Greenwald in Poughkeepsie, New York, will decide the matter without a hearing as soon as July 10 -- four days before the book is set to go on sale.

Charles Harder, the lawyer representing Robert Trump in the case, didn’t immediately respond to a request for comment.

Robert Trump sued in June claiming the book violates the confidentiality clause of a 2001 settlement agreement over the will of the family’s late patriarch, Fred Trump, and doesn’t constitute the kind political speech that’s protected by the First Amendment.