Before you invest in any asset class you should do your homework: CEO

Investors fled every major asset class in the past week, with US equities and Treasuries a rare exception to the massive exodus, amid concerns that tightening monetary policy will push major economies into a recession.

Equity funds had US$5.2 billion outflows in the week to May 18, led by redemptions from mutual funds, according to Bank of America Corp.’s note citing EPFR Global data. Bond fund outflows reached US$12.3 billion, with only Treasuries and government debt seeing additions. Investors also exited cash and gold.

Global stocks have lost nearly US$12 trillion in market value since a peak in March as investors dumped risk assets amid a flurry of concerns spanning hawkish central banks and surging inflation. In BofA’s monthly fund manager survey released earlier this week, fears of a recession trumped the tail risks from inflation and the war in Ukraine, with investors turning the most underweight equities in two years. 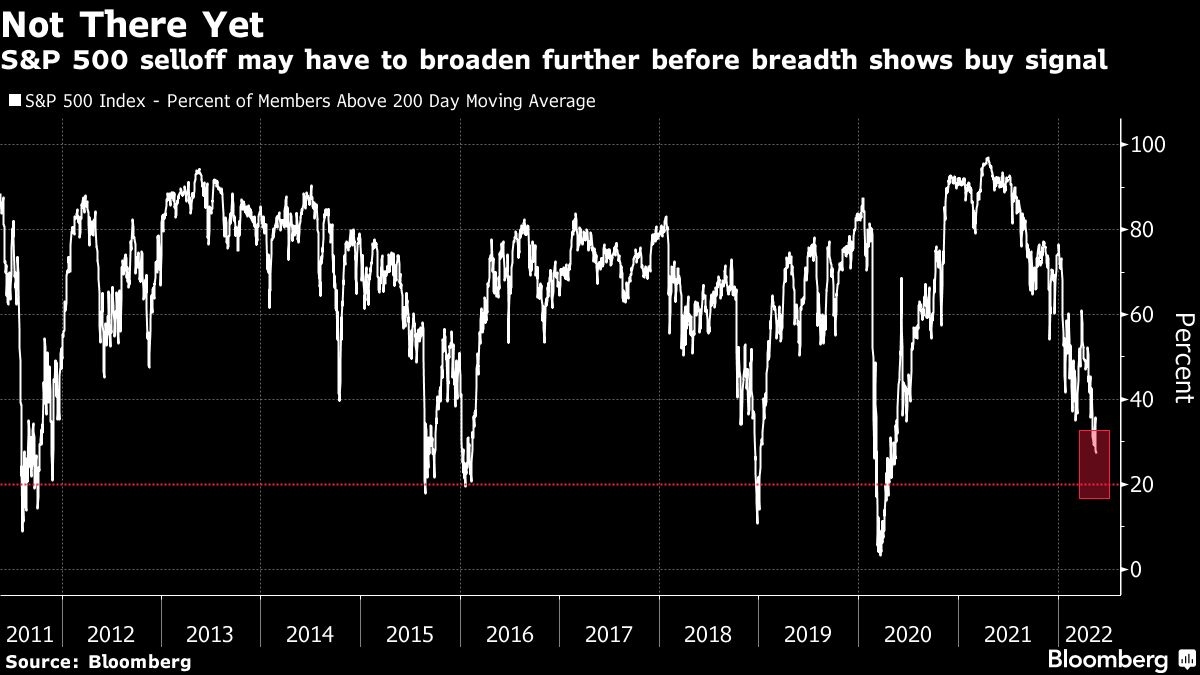 Although strategists ranging from David J. Kostin at Goldman Sachs Group Inc. to Marko Kolanovic at JPMorgan Chase & Co. have said fears of an imminent recession are overblown, the likes of Morgan Stanley and Bank of America say that the equity market rout has further to go.

While BofA’s custom Bull & Bear indicator tumbled to an “unambiguous” contrarian buy signal for stocks, strategists led by Michael Hartnett reiterated their recommendation to sell any bear rallies. The S&P 500 has attempted to recover this week after flirting with bear market territory, but the bounce has proved short-lived and the benchmark is set for its longest weekly losing streak since 2001. 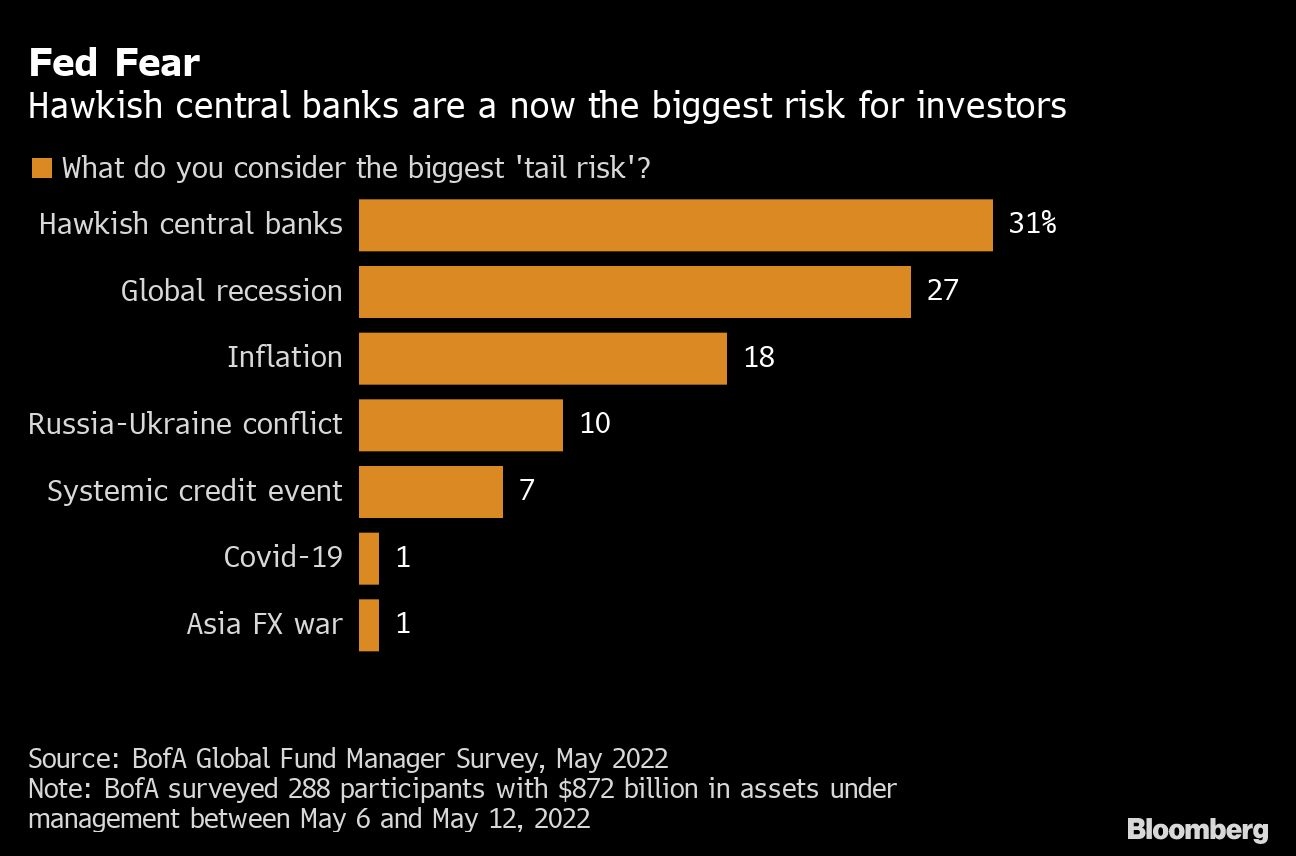 Among equity funds in the past week, US stocks saw US$0.3 billion inflows, followed by additions to Japanese shares, while European stocks extended their outflows to a fourteenth week. Investors piled into US large-caps and growth stocks, while exiting value and small-caps. Among sectors, utilities and real estate led the inflows, while financials, materials and energy saw outflows.