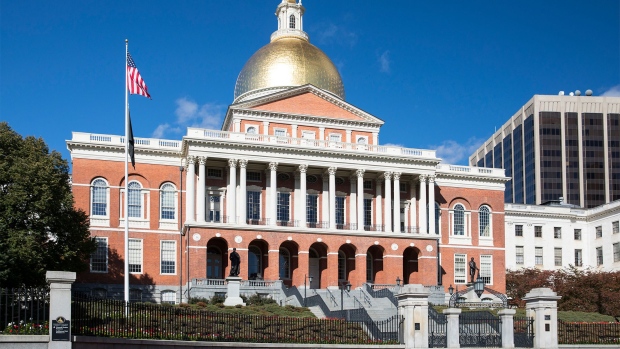 (Bloomberg) -- Opponents of a Massachusetts plan to impose a tax on millionaires filed a lawsuit claiming a state summary of a November ballot question misleads voters about how money would be spent if the measure is enacted.

The plan’s foes claim that a ballot summary of the proposed constitutional amendment says money raised by the 4% tax on income over $1 million would fund spending on public education and transportation. In the suit, filed Thursday, they say they want the state’s highest court to order that the summary say the money can be spent for other purposes or to strike down the measure altogether.

“The promise of new public education and transportation spending is an empty one, because the amendment imposes no real limits on how the state legislature can spend the new tax revenues,” the Massachusetts High Technology Council Inc., which supports the lawsuit, said in a statement. The council includes senior executives of technology companies, professional services firms and research institutions.

Flight of the Billionaires

Some billionaires are moving to lower-tax states. Elon Musk, the world’s richest person, moved from California to Texas. Wealthy New Yorkers like Donald Trump and billionaire investor Carl Icahn have moved to Florida, while Wall Street firms are expanding in the Sunshine State.

Massachusetts lawmakers have approved the Graduated Income Tax Amendment to the state constitution, which still needs voter approval. A group of 55 voters, including Christopher Anderson, president of the technology council, and several state lawmakers sued in the Supreme Judicial Court.

They claim Attorney General Maura Healey and Commonwealth Secretary William Galvin must use a fair and accurate summary for voters. The complaint cites a 2018 ballot initiative seeking the same tax. In that case, the attorney general said the legislature would retain “ultimate discretion” over the spending, according to the complaint.

That matter didn’t come before voters because the state’s highest court deemed the ballot question unconstitutional, since it concerned unrelated subjects including education, transportation and taxation. The tax increase could have generated between $1.6 billion and $2.2 billion of additional collections in 2019, according to state estimates.

“Ultimately, we’re looking for the court either to order the attorney general to inform voters in the ballot material that the legislature has discretion on how to spend the money or to keep it off the ballot altogether,” said attorney Kevin Martin, who filed the lawsuit.

A spokeswoman for Galvin declined to comment on pending litigation. A spokesperson for Healey didn’t immediately return a call and email seeking comment.