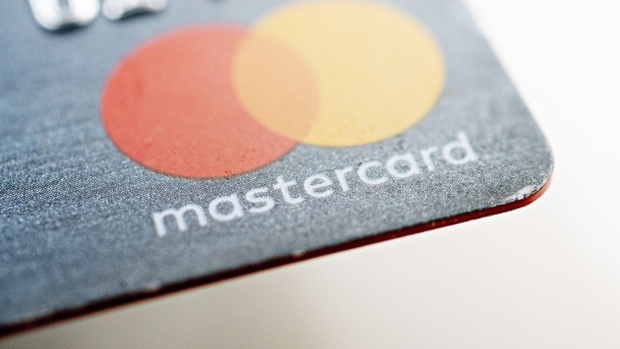 A Mastercard Inc. credit card is arranged for a photograph in Tiskilwa, Illinois, U.S., on Tuesday, Sept. 18, 2018. , Bloomberg

Mastercard Inc.’s new initiative to team up with more startups on credit cards is starting to pay off.

-The company has been starting card programs for fintechs including Brex Inc., Revolut Technologies Inc. and TransferWise Inc., and has unveiled programs designed to make it easier for startups to join Mastercard’s network. That helped boost customers’ spending on the firm’s cards to US$1.28 trillion in the quarter, in line with analysts’ estimates.

-Mastercard also has been setting aside more money to entice banks and retailers to route spending over its network. Rebates and incentives totaled US$2.31 billion in the last three months of the year, a 17 per cent increase from a year earlier and more than analysts expected.

-The company has been investing in ways to make it easier for consumers to pay for purchases online. That contributed to a 11 per cent increase in expenses, which was roughly in line with analysts’ estimates compiled by Bloomberg.

-Mastercard said that adjusted net revenue will climb by a percentage in the “low teens” this year, while operating expenses will increase by a percentage at the “high end of high single digits,” according to a presentation Wednesday. That’s in line with analysts’ expectations.

-“Our focus on the customer and delivering against their goals continues to drive core growth,” Chief Executive Officer Ajay Banga said in a statement.