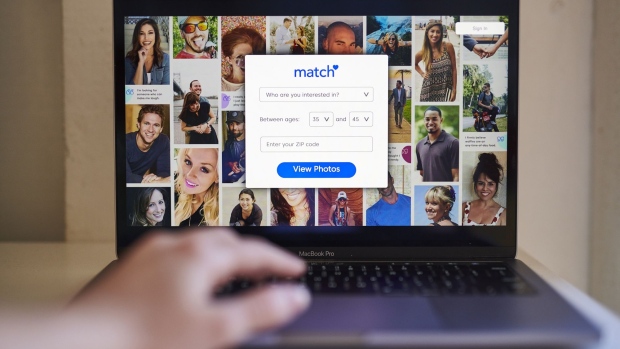 The Dallas-based owner of Tinder and other dating apps said it expects second-quarter revenue of US$680 million to US$690 million. That’s higher than the average analyst estimate of US$678.6 million. Match forecast adjusted earnings before interest, taxes, depreciation and amortization of US$255 million to US$260 million as it continues to spend more on sales and marketing. Analysts had expected US$267.3 million, according to data compiled by Bloomberg.

“Exiting the first quarter we are seeing improving trends across the portfolio,” Chief Executive Officer Shar Dubey said in a letter to shareholders accompanying quarterly earnings. “We are pleased with the way 2021 has begun and are optimistic that the rest of the year will continue this momentum.”

Match shares gained as much as 10 per cent in New York Wednesday and were up about 6 per cent at 10:51 a.m. The stock has advanced about 40 per cent since July 2020, when the company completed its spinoff from IAC/InterActiveCorp.

Match commands a majority of the dating-app market share in the U.S. as the parent company of Hinge, OkCupid and Match.com. As cities and businesses begin reopening and in-person socializing returns, dating apps are vying to keep users interested. Tinder appointed George Felix as chief marketing officer in April as part of an effort to attract new, younger users to maintain growth.

“People have been cooped up and we’re seeing a path for them to get back out there,” said Chief Financial Officer, Gary Swidler on a call with analysts. Swidler added the company will spend an additional US$40 million on sales and marketing compared with last year to capture more users amid the post-pandemic momentum.

The company also announced Joey Levin will resign as executive chairman effective May 31, citing time constraints relating to outside business activities. Board member Thomas McInerney will replace Levin in that role.

Revenue in the three months ended March 31 rose 23 per cent from a year earlier to US$668 million, surpassing the average analyst estimate of US$650.8 million. The company reported earnings per share of 57 cents, well ahead of Wall Street’s expected 40 cents.

The company reported a seasonal spike in first-time subscribers at the beginning of the year that the business has been able to maintain. Revenue growth was driven by Tinder -- Match’s biggest contributor -- which accelerated direct revenue by 18 per cent while non-Tinder brands grew 30 per cent during the quarter.

“While we are clearly not out of the woods, we are increasingly optimistic about our business momentum,” Dubey said.

Subscriptions in international markets and North America grew by 15 per cent and 9 per cent, respectively, in the first quarter. Though reopenings in the U.S. have boosted performance across brands, Match noted worsening Covid-19 trends in India, Brazil, Japan and certain European markets means a post-pandemic recovery will “take some time to play out.”