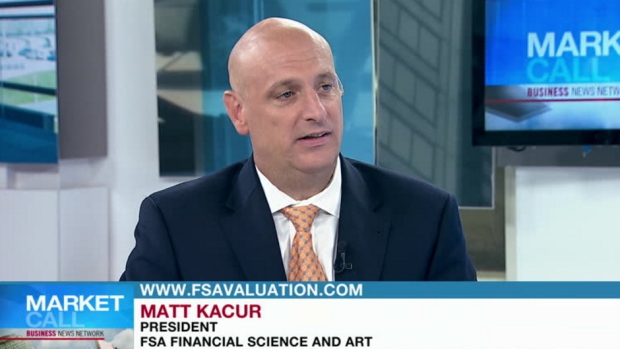 We are getting close to a top in several sectors, in our opinion. Sectors like Consumer Discretionary, Consumer Staples, Industrials, Information Technology and Telecom have all enjoyed a tremendous run for several years. More importantly, they are trading at high premiums to invested capital.

Utilities are still reasonably priced in our opinion but not as cheap as they once were. The real opportunity is in Materials and Energy. There is risk in these sectors but they offer the best risk-reward tradeoff as they are trading at very low premiums to invested capital. Any rise in gold, copper and Energy prices will lift stocks in those sectors a long way.

In fiscal 2011 return on capital was 17 per cent but it dropped to as low as 3 per cent in fiscal 2014. Return on capital moved back up in 2015 to 5 per cent and to 7 per cent in the trailing four quarters. Over the same time period, most gold companies' return on capital has been falling, not rising like BTO, so we saw something different and better about BTO. The stock has moved up quite a bit recently but we still think there is more room to run thanks to its superior results.

This is a stable and reliable company that could be included in almost any portfolio. Like most utilities, return on capital is low but reliable. Brookfield Renewable's business is 88 per cent hydro which is consistent, predictable, clean and reliable and therefore in high demand. The premium to invested capital is only 9 per cent and the company pays a dividend that keeps rising and yielding over 5 per cent.