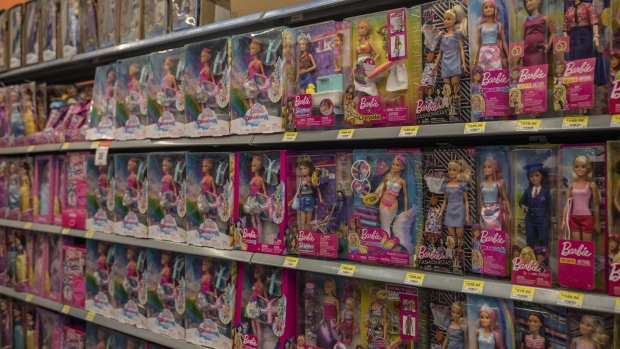 (Bloomberg) -- Mattel Inc. has hired Anthony DiSilvestro, a former Campbell Soup Co. executive, as chief financial officer, as the toymaker continues to cope with the fallout of a whistle-blower claim that said it misled investors in financial statements dating back to 2017.

DiSilvestro will replace Joseph J. Euteneuer after Mattel reports second-quarter results, which it expects to do July 30. The company said in October that Euteneuer would leave in six months. On the same day, Mattel said it understated its income-tax expenses in the third and fourth quarters of 2017, and that it had “material weaknesses in its internal control over financial reporting.”

The admission was the result of an investigation into a whistle-blower letter that was sent to the company’s outside auditors. Mattel has pledged to fix the issues, but it’s still coping with the fallout of the claims. It said in a February filing that it received a subpoena from the Securities and Exchange Commission on the matter in December and a request for information from the U.S. Attorney for the Southern District of New York.

“Anthony is a world-class executive,” Mattel Chief Executive Officer Ynon Kreiz said in a statement. “His leadership and financial expertise will benefit Mattel as we continue to position the company for growth.”

Kreiz, who became Mattel’s CEO in April 2018, has been working to transform the El Segundo, California-based company, mainly by expanding licensing of its famous brands like Barbie to filmmakers. Those plans have been disrupted by the coronavirus, which has shut movie studios and theaters. Mattel withdrew its 2020 guidance in May and said it expected sales to dip because of the pandemic.