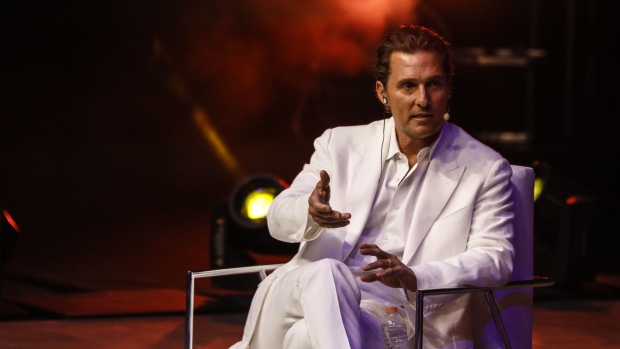 After months of speculation, the 52-year-old actor officially said he won’t be participating in next year’s race for the statehouse in a video posted on Twitter.

“It is a humbling and inspiring path to ponder, it is also a path that I am choosing not to take at this moment,” McConaughey said in the video. “What am I going to do? I am going to continue to work and invest the bounty I have by supporting entrepreneurs, businesses and foundations that I believe are leaders.”

McConaughey had been flirting with the idea of running over the past year, and suggested in prior interviews he’d only run if he’s “best equipped” or could make himself “useful.” The actor said this month that the state is in need of an “aggressively centric” government.

McConaughey ended months of speculation just a few weeks before the Dec. 13 filing deadline for the race, where incumbent Greg Abbott is seen as the leading candidate.

The Republican governor will probably face off against Democrat Beto O’Rourke, who officially announced his run last week. The 49-year-old former congressman lost to Ted Cruz when running for the U.S. Senate in 2018 and was a Democratic primary candidate for president a year later.

McConaughey has criticized extreme positions on both ends of the political spectrum and has said his views are both left- and right-of-center. In interviews, the “Dallas Buyers Club” star said he’s expressed support for pandemic-era mask mandates and a distaste for Texas’s recently enacted abortion law. He and his wife are vaccinated against Covid-19 but he said doesn’t yet support vaccine requirements for young children.