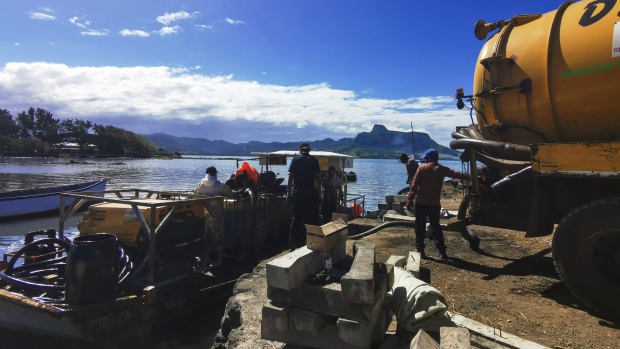 (EDITORS NOTE: Best quality available.) Oil from a spill is pumped to a fuel tanker from a small vessel at the Mahebourg Waterfront in Riviere des Creoles, Mauritius, on Friday Aug. 14, 2020. The MV Wakashio leaked at least 1,000 tons of black sludge into the turquoise waters off the Indian Ocean island’s southeastern coast after it ran aground on July 25. Photographer: Kamlesh Bhuckory/Bloomberg , Bloomberg

A 214-year-old coastal village in Mauritius hit by the island’s worst environmental disaster is set for a 6.5 billion-rupee ($162 million) regeneration plan, according to the National Infrastructure Ministry.

Mahebourg is the biggest of the villages facing a double challenge on the southeastern coast. Tourism is nonexistent during the Covid-19 pandemic, a major economic blow to the Indian Ocean island nation. An oil spill after a vessel ran aground in July further impacted the village, home to fishermen and a cultural landmark.