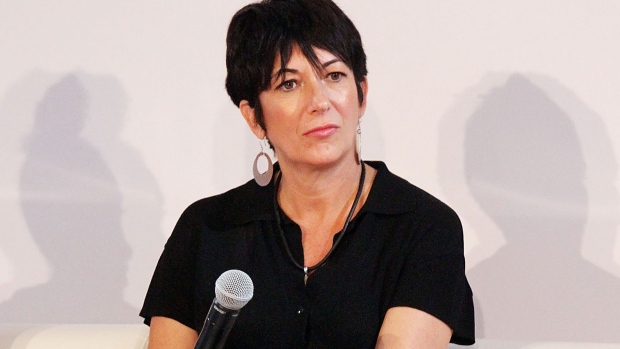 (Bloomberg) -- Ghislaine Maxwell, the British socialite accused of trafficking underage girls for sex with Jeffrey Epstein, asked that jury selection for her upcoming trial be closed to the public, including the press, due to the “sensitive nature” of the charges.

“Ms. Maxwell approaches trial under the cloud of massive negative publicity focused on one of the most sensational, hot-button social issues in recent years -- sexual harassment and abuse of females of all ages, including inappropriate sexual conduct with minors,” her lawyers wrote in a Wednesday filing requesting a “sequestered” jury selection when her trial begins on Nov. 15.

The Manhattan U.S. attorney’s office, which is prosecuting the case, declined to comment on Maxwell’s filing.

Maxwell’s lawyers said they were concerned that an open setting could hamper their ability to identify biases among potential jurors, some of whom may have been prior victims of sexual assault or harassment.

“Such experiences are of a highly personal nature, the revelation of which in a public courtroom could lead to embarrassment and emotional distress,” they said. “As a result, issues relevant to this case need to be addressed in a sensitive and private setting.”

A Google search of her name turns up about 4.5 million results while Epstein’s name yields 25.8 million, according to Maxwell’s legal team. Meanwhile, Maxwell says she and Epstein, who killed himself in 2019 while awaiting his own federal sex-trafficking case, have been featured on three podcasts, eight books and three documentaries, including “Jeffrey Epstein: Filthy Rich” streaming on Netflix.

The press was barred from jury selection for Martha Stewart’s obstruction of justice trial in federal court in Manhattan because of excessive media coverage, but that ruling was later reversed by an appeals court which said reporters should have been given access to the proceeding.