Toronto home sales surge in May

Canadian home sales saw a 57 per cent increase in May from the prior month, a small piece of good news in an otherwise frozen market.

Transactions for existing properties reached 26,111 in the month, the Canadian Real Estate Association reported. That was still down 40 per cent from a year earlier and at the lowest level for May since 1996. Benchmark prices were little changed.

“The big picture is things are moving in the right direction but still have a long way to go,” Shaun Cathcart, CREA senior economist, said in a statement. 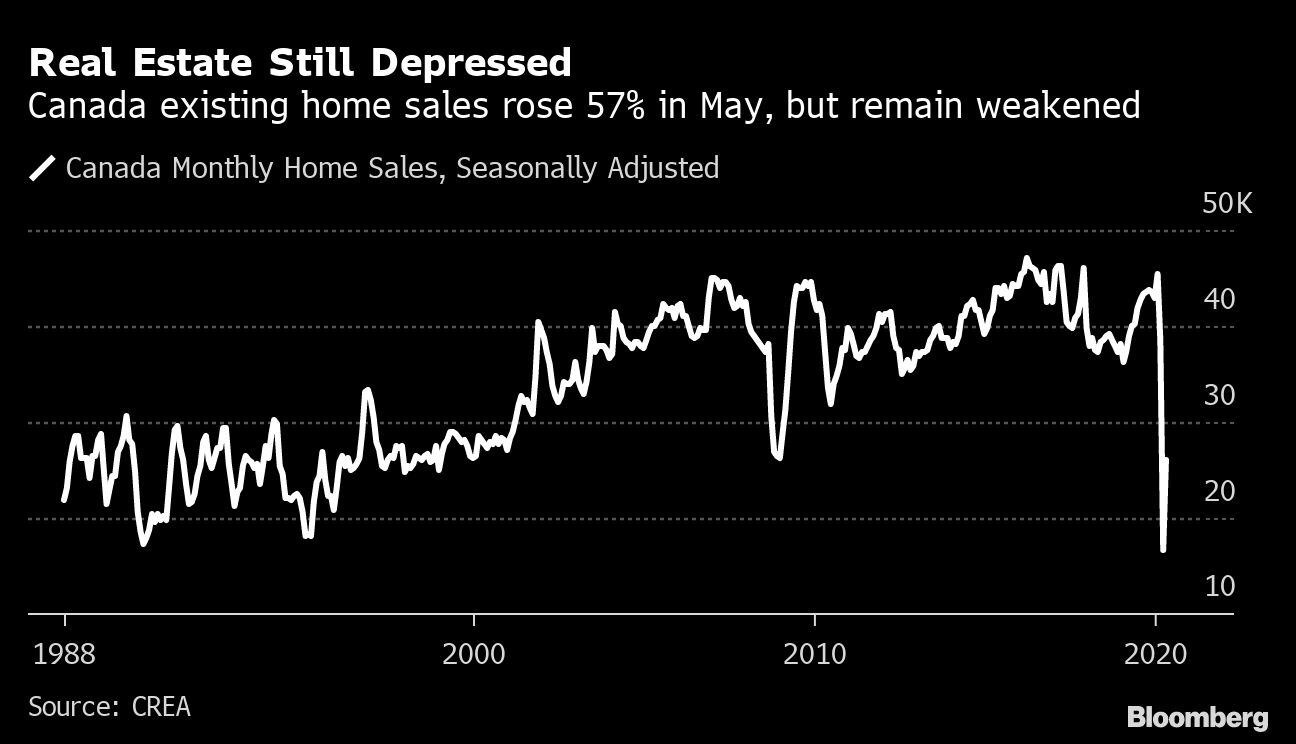 Canadian real estate is showing a few signs of life after the collapse in April, when social distancing measures kept buyers and sellers on the sidelines. Consumer confidence has improved recently as provinces gradually reopen, and Monday’s report from CREA suggests the worst may be over for now. New listings in May increased 69 per cent over April.

In Toronto, the country’s largest market, sales of existing properties climbed 53% in May compared to April, but were still down 54 per cent compared with the same month a year ago. Benchmark prices were little changed. Vancouver sales showed a similar pattern, up 32 per cent on the month but down 44 per cent from May 2019.