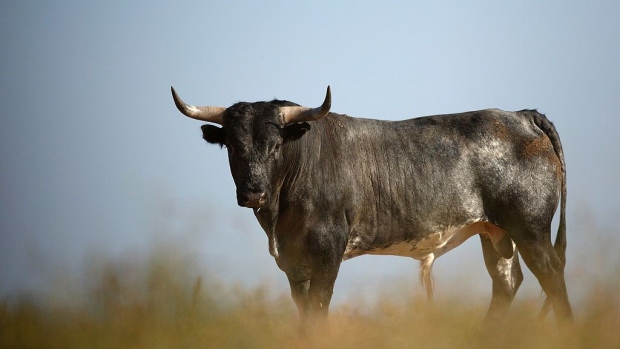 Let’s not get ahead of ourselves. , Photographer: Pablo Blazquez Dominguez/Getty Images Europe

(Bloomberg Opinion) -- After the sudden collapse in equity markets in mid-March, the assumption across the board was that not only was the long bull market over but that a bear market had started. But wait, no: Now there's a new bull market because some stock indexes briefly rose more than 20% from their March 23 lows.

If this all seems a bit silly, it's because it is: The 20% yardstick for determining the beginning or end of market cycles is simplistic and blindly mechanical. Indeed, 20% doesn't do much to help you figure out where to put investment capital to work.

It bears repeating: The average investor should be working from a long-term plan that won’t blow up because of a short-term disruption caused by issues like the coronavirus pandemic. Remain disciplined and stick with your goals. Seems easy to do, except sometimes it isn't when the alarm bells are going off.But since we're on the topic of bull and bear markets, let's think a little more about what those concepts mean.

What are known as secular bull markets are associated with broad economic expansions, rising corporate earnings and increasing sales. Stocks reach new highs as sentiment improves and investors become willing to pay more for each dollar of earnings. These market phases typically last years or even decades.

Of course, markets don’t go in just one direction, and these long-term trends are often punctuated by sharp counter-cyclical rallies and sell-offs. Data can help us sort out what to make of these euphoric or panic-induced moves.

Typically, it takes 255 days on average for indexes to fall 20% from their peaks. This latest plunge was fastest on record, taking just 17 days.

There are suggestions that the speed of the collapse implies an equally robust V-shaped market recovery. I remain skeptical (as do a growing number of analysts and economists) because so many unknown factors are at play: how fast will the spread of Covid-19 be brought under control, when will a treatment become available, when will a vaccine be ready and -- most critically -- when can the economy open up for business again.

Even if the best-case scenario occurs, we have no idea have fast the economy can ramp up back to full employment. Pent-up demand from Americans freed from cabin fever should drive up consumption quickly once the lockdown ends; however, it took almost five years -- from November 2007 to May 2014 -- for employment to recover from the Great Recession of 2007-09 and consumption rose in fits and starts.

More importantly, the pandemic is a market externality. It isn't in the same category as a standard recession driven by tighter monetary policy. Nor is it anything like a financial crisis caused by a loss of confidence in bank-asset quality. Instead, it is an exogenous shock that has spilled over into the broader economy and equity markets. Past events such as the Japanese attack on Pearl Harbor and the Sept. 11 terror attacks are only marginally similar. Without any good historical comparison, it's challenging to come up with a framework for what a recovery might look like.

All of this underscores what we need to keep in mind about markets: We should expect sell-offs, sometimes even of shocking magnitude, in the midst of long-term secular bull markets. In the same way, there can be bullish rallies in a bear market.

A 20-year post-World War II market rally eventually hit a wall in 1966, with the Dow approaching what seemed like an astronomical 1,000 early in that year. It didn't last, and the deficit spending to fund the Vietnam War followed by the Arab oil embargo and the Watergate scandal dragged down the economy and the market. It took the Dow 16 years to finally reach 1,000; in the meantime it had several brief rallies of about 27%, 19%, 67%, 75% and 38%. None of these heralded the end of the bear market or the start of a new bull market.

The inverse occurred during past bull markets: The 1982-2000 bull market saw declines in the S&P 500 Index of about 33% during 1987 (remember the day the Dow fell a record 23%?), the near-20% drop during the 1990 recession, the 14% stumble during the Asian currency crisis of 1997 and the 20% fall during the collapse of hedge fund Long-Term Capital Management in 1998. The point is, sell-offs can and do occur during a bull market without disrupting the underlying strength of the expanding economy.

Whether March 23 was the bottom or just a bottom is almost irrelevant. The broader question is whether the long-term factors that drove the U.S. economic expansion that started after the financial crisis are still with us: low interest rates, technological innovation and the continuing shift to services. That suggests the possibility that it may take more than a 60-day lockdown to derail the expansion.

If we can find a way to get beyond this tragic external shock to the market, we might find that the underlying secular bull market is still intact -- if we're lucky.