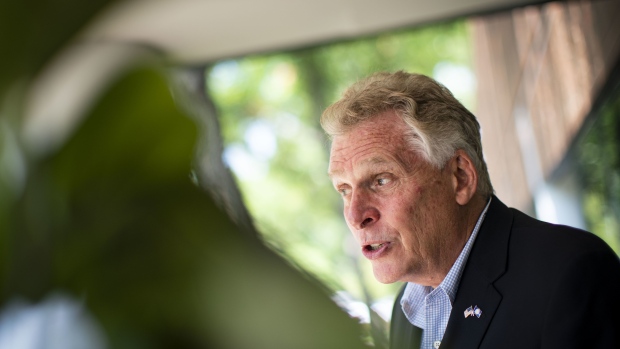 In a recent debate and two new ads, the Democratic nominee criticizes the former Carlyle Group Inc.’s co-CEO over investments the private equity firm made while Youngkin worked there.

The ads, airing Friday in major markets in Virginia, focus on Carlyle Group’s investments in a chain of dental clinics and a nursing-home chain. Youngkin retired in 2020 as co-CEO of the Carlyle Group after 25 years with the firm.

Both political parties are closely watching the Virginia race for any glimpses it may provide into next year’s congressional mid-term elections. A recent poll by the University of Mary Washington found Youngkin ahead among likely voters as early voting in the Nov. 2 state election is underway.

One of McAuliffe’s new ads features TV news reports on Small Smiles, a dental chain that filed for bankruptcy in 2015 after a U.S. Senate report recommended that Medicaid no longer pay for treatment there due to accusations it performed unnecessary dental work on children.

“Glenn Youngkin made millions while children suffered,” the ad’s narrator says. “We can’t trust him to lead Virginia.”

The second ad features TV news reports on ManorCare, a national nursing home chain that saw health code violations increase 26% over a four-year period, according to a Washington Post investigation in 2018.

The Youngkin campaign said that the two investments were made at a time when he was leading a separate Carlyle Group fund in London, and said that McAuliffe himself invested some of his money with Carlyle around the same time, calling the ads “politically expedient” and “desperate.”

“In the 2000s, Glenn Youngkin led Carlyle’s team in London and then worked on a totally different fund, so he was not involved in these businesses at all,” Matthew Wolking, a Youngkin spokesman said in a statement.

Carlyle didn’t immediately respond to a request for comment.

McAuliffe also hit Youngkin over Carlyle Group’s investments in mobile homes during a debate last week, and McAuliffe spokeswoman Christina Freundlich said that he will bring the subject up again at a debate next week.