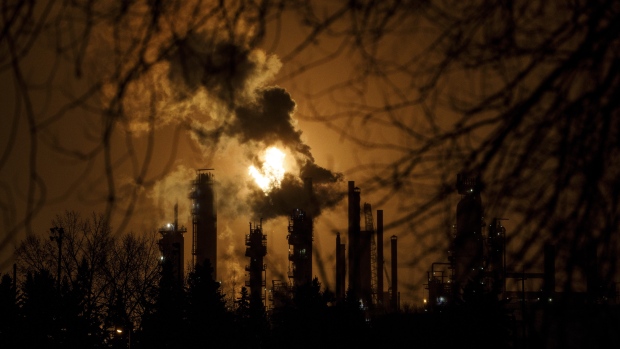 A flare stack lights the sky from the Imperial Oil refinery in Edmonton on Friday December 28, 2018. , The Canadian Press

Calgary is buzzing again, and not just because the prices of oil and gas are on the rise.

Some of the chatter about this dance can be traced to Cormark Securities telling clients Thursday morning that Lukoil was set to acquire a position in Velvet. By Thursday night, Cormark had retracted that report. However, as a securities analyst at heart, the original comment piqued my investigative side. After more than a dozen phone calls and many email exchanges – and, arguably more importantly, messages and calls that were not returned -- I’m convinced Lukoil’s interest in Canada’s energy heartland could extend far beyond Velvet.

Similar to many energy companies, Velvet – which produces roughly 25,000 barrels of oil equivalent every day, has struggled with debt issues over the past year. Sources suggest Lukoil will purchase the combined 48 per cent of Velvet that is shared between the Canada Pension Plan Investment Board (CPPIB) and Warburg Pincus LLC of New York. When reached by email, representatives for CPPIB and Warburg Pincus declined to comment. “I have no further comments to make,” is what a spokesperson for Velvet Energy told BNN Bloomberg via email.

Obviously if true, it’s provocative to think a Russian oil major would make its first foray into the Canadian energy patch by in effect purchasing a controlling stake in a small Canadian energy producer. However, it’s thought that the purchase of the stake in Velvet would be just one small step in a larger plan to become a major player in the richest oil and condensate window of the unconventional Montney play in Alberta’s Deep Basin. 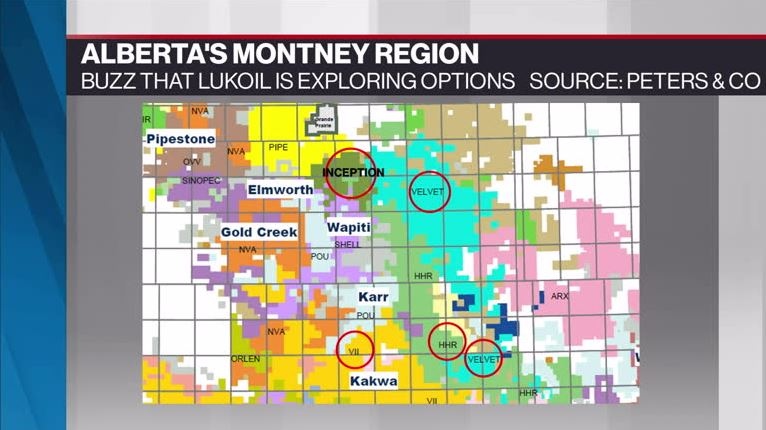 If I’m right, what are the chances that Lukoil would want to limit its investment in Canadian energy to owning almost half of a company that produces a little more than one per cent of its existing production, especially since Lukoil’s own properties are facing very steep rates of production declines.

My hunch is that Lukoil’s grander plan could be to consolidate this entire region, of which purchasing Seven Generations would be the crowning achievement. Who knows how the government of Alberta would react or especially the federal government in Ottawa.

However, wouldn’t it be ironic if after the Americans largely pack up their bags and go home that it’s the Russians that see the opportunity in our vast resources.