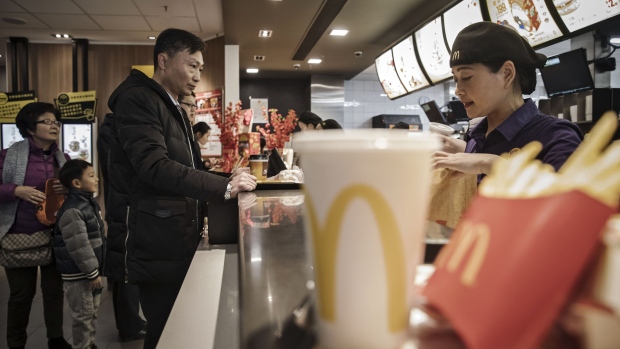 McDonald’s Corp. has closed several hundred restaurants in Hubei province, which is at the centre of a viral outbreak in China that has killed more than 100 people and upended daily life for millions.

The fast-food chain still has about 3,000 locations open in the country, executives said during a call with analysts on Wednesday. China is about nine per cent of the company’s global restaurant count, but makes up just three per cent of operating income.

Chicago-based McDonald’s also said it’s providing meals to health care workers in hospitals there, while also helping get medical screenings for customers who come to restaurants.

Scrutiny of companies’ China operations has intensified as the coronavirus spreads rapidly and has sparked unprecedented measures by the nation’s authorities. U.S. corporation are still evaluating the impact, but evidence is mounting that it will be significant: Starbucks on Tuesday announced it has closed more than 2,000 restaurants, or over half of its total cafes, across mainland China as it grapples with low traffic in commercial areas and supply chain disruptions.