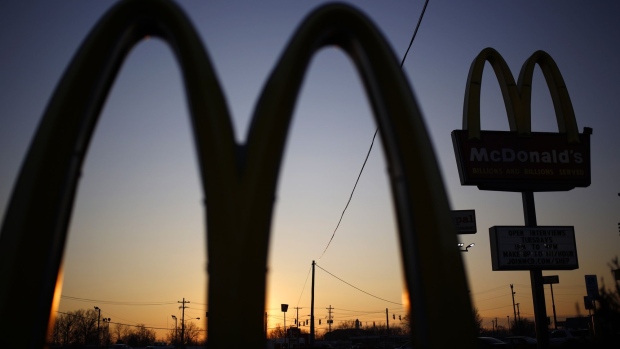 McDonald’s Corp.’s sales in its home market beat expectations in the fourth quarter, a warm welcome for new Chief Executive Officer Chris Kempczinski and a sign the fast-food giant’s ordering technology and menu updates are resonating with customers.

Comparable sales, a key gauge for restaurant chains, rose 5.1 per cent in the U.S., beating the average estimate for 4.7 per cent growth compiled by Consensus Metrix. Worldwide same-store sales also topped projections, as did earnings per share.

The results show that Kempczinski, who took over in November, has an operation that’s sailing smoothly, despite intense restaurant competition. This alleviates some pressure after last year’s internal tumult following the sudden departure of CEO Steve Easterbrook.

McDonald’s stock climbed as much as 2.9 per cent in New York. They had gained 6.5 per cent this year through Tuesday’s close, outpacing the S&P 500 Index.

Chicago-based McDonald’s wants to demonstrate that its tech acquisitions, aimed to improve customers’ ordering experience, are paying off. The fourth quarter’s sales gains stemmed from higher menu prices and its deployment of new technologies like ordering kiosks and digital menu boards that predict a customer’s preferences.

Despite the sales gains, McDonald’s is still trying to reverse customer traffic declines in the U.S., which fell in the quarter and the full year. Chief Financial Officer Kevin Ozan said on a conference call Wednesday that the chain is trying to become more competitive in the morning hours with new breakfast menu items.

In an industry with little customer traffic growth, sales will need to come from grabbing the business of rivals, McDonald’s executives said Wednesday on the call. The company also isn’t adding locations in its home market, with U.S. restaurant count down 68 stores in 2019. That rate, however, is slower than in 2018. 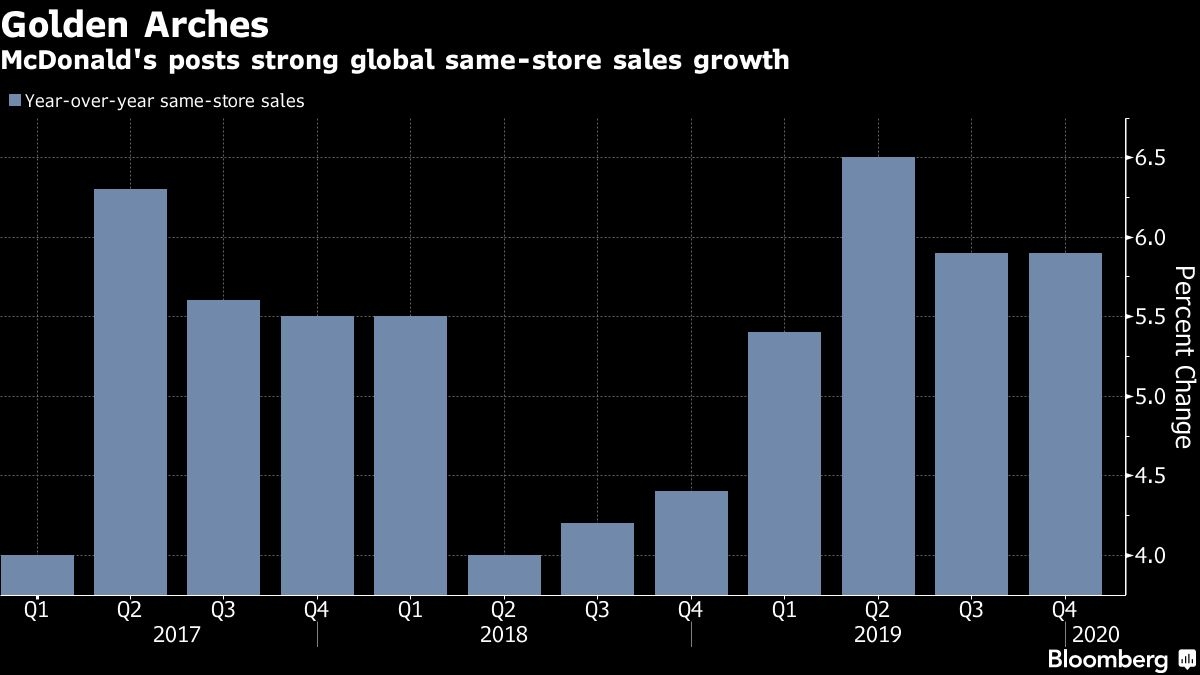 McDonald’s said it has closed several hundred restaurants in China’s Hubei province -- the center of an outbreak of coronavirus, which has killed more than 100 people and roiled daily life for millions. The company said Wednesday that it has about 3,000 locations that are still open across China, which accounts for about three per cent of the chain’s operating income.

Further upheaval in the world’s second-largest economy may be imminent. Starbucks announced Tuesday it closed over half of its locations in mainland China -- over 2,000 restaurants -- as the virus disrupts supply chains and impacts consumer behavior.