Steve Easterbrook’s run at the helm of McDonald’s Corp. has come to an abrupt and unceremonious end — but shareholders shouldn’t worry that his departure will leave lasting cracks in the Golden Arches.

The fast-food giant said late Sunday that Easterbrook would be leaving the CEO job, which he had held since 2015, after the board of directors found he had violated company policies by having a consensual relationship with an employee. Easterbrook has been replaced by Chris Kempczinski, who had been leading the company’s U.S. business.

Investors might have some trepidation about Easterbrook’s departure given all that he accomplished in the job. He oversaw a years-long stretch of sales growth — no small feat when restaurant traffic has generally been sluggish — thanks to initiatives such as an aggressive restaurant remodeling program and the introduction of all-day breakfast. He also was proactive about preparing McDonald’s for a more digital-centric future, including with its partnership with Uber Eats and by acquiring technology company Dynamic Yield. 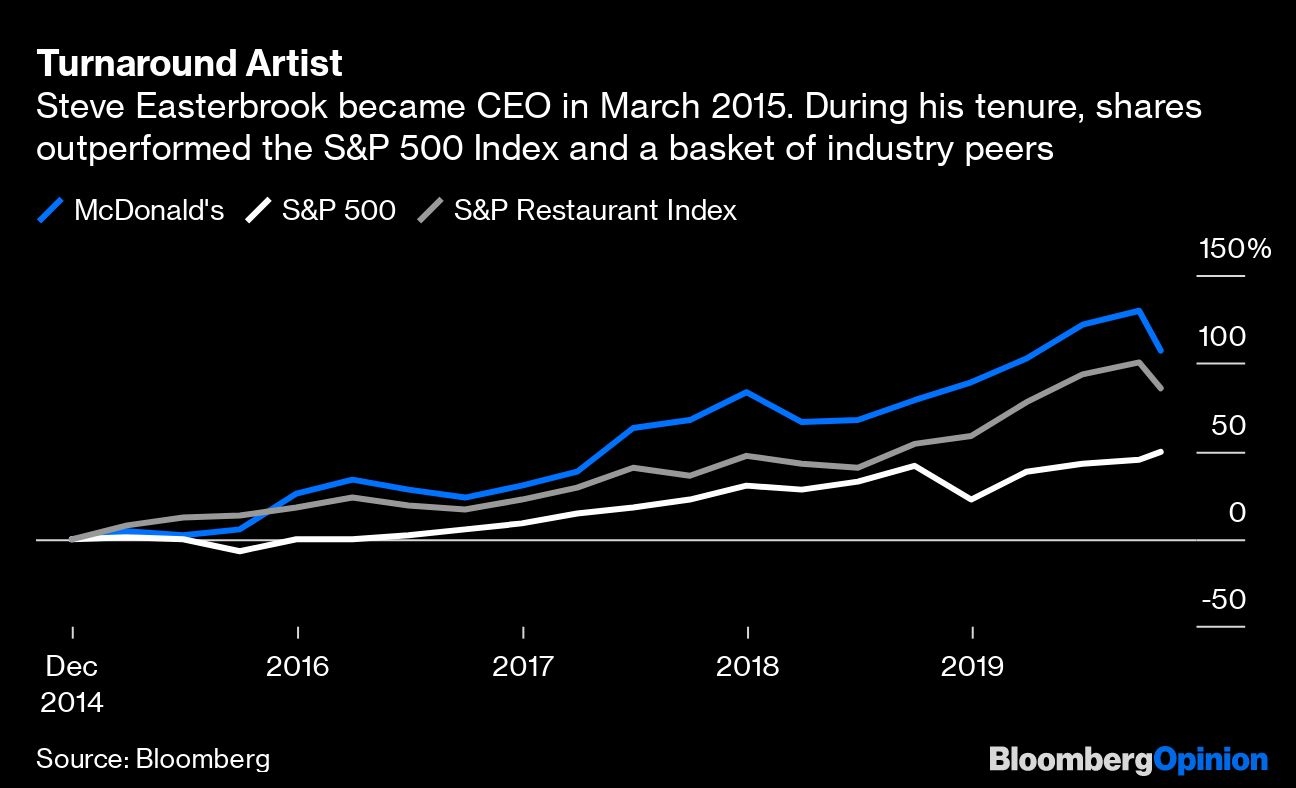 Of course, it’s never a good thing when a company finds itself splashed across homepages because its leader exhibited poor judgment.

Nevertheless, shareholders should be reassured that the company’s board made the right decision in a difficult situation, demonstrating that these kinds of violations will not be tolerated at any level. That sets a tone of accountability and fairness for the whole organization that could prove essential in fostering a healthy corporate culture.

Given that McDonald’s has recently faced allegations of sexual harassment and discrimination in some of its restaurants, it was an especially important moment for the board to show itself to be responsive. The board also appears to have handled this swiftly and decisively, voting for Easterbrook’s termination on Friday and announcing new leadership by Sunday.

And Kempczinski is a safe and logical choice. He has been a key lieutenant of Easterbrook from his perch running the U.S. business, so he’s familiar with the slate of long-term initiatives the company has in place to keep taking market share. He told the Wall Street Journal in an interview, “There isn’t going to be some radical, strategic shift. The plan is working.”

As Sara Senatore, restaurant analyst at Bernstein, points out, the head of the company’s U.S. business has often been considered the heir apparent for the top job at McDonald’s. So this is an instance of the company working from a tested succession playbook — one that should help it move on quickly from an unfortunate episode.