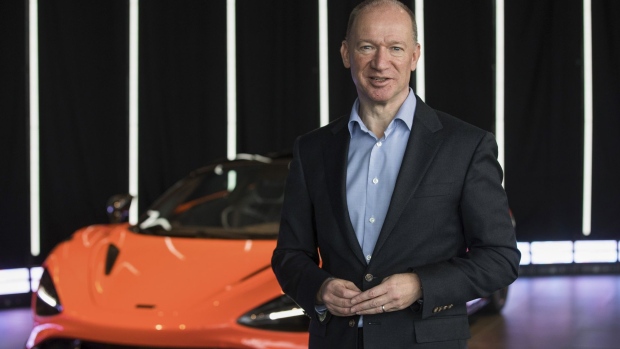 (Bloomberg) -- McLaren Automotive Ltd. Chief Executive Officer Mike Flewitt is stepping down after eight years leading the company, according to people familiar with the matter.

The supercar maker is planning to announce Flewitt’s departure later Wednesday, said the people, who asked not to be identified ahead of an official statement. He’s been CEO since July 2013.

McLaren has started a search for Flewitt’s successor. Michael Macht, a McLaren Group non-executive director, will oversee technical and operational functions in the meantime, while Chairman Paul Walsh will lead sales, marketing and public relations.