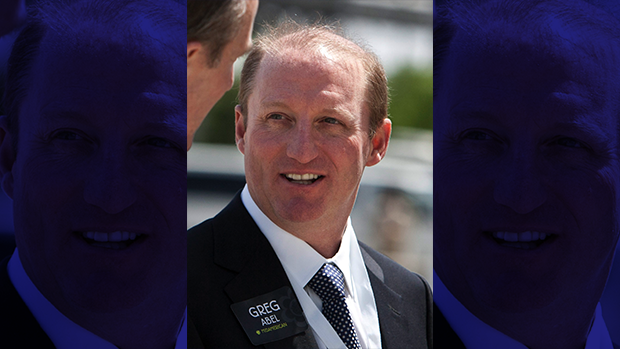 The top-ranking Canadian at Warren Buffett’s conglomerate, Berkshire Hathaway, is getting a promotion. Greg Abel  - the Edmontonian who heads Berkshire Hathaway Energy - has been named the conglomerate’s vice chairman of non-insurance business operations and appointed to the company’s board, firmly ensconcing him as one of the frontrunners to succeed the Oracle of Omaha as chief executive.

Abel wasn’t so much hired by Berkshire, as he was bought by it. After graduating from the University of Alberta in 1984 with a commerce degree, Abel spent a spell at PricewaterhouseCooper’s before eventually landing at Iowa’s CalEnergy Resources in the early 1990s. Buffett’s Berkshire ended up snapping up the company, which had since merged with rival MidAmerican Holdings, a few years later.

Abel worked his way up at the utility, spending years as the right hand man to the company’s CEO, David Sokol, before taking the top job in 2011 after Sokol’s departure. Sokol was once seen as the presumptive heir to the CEO, before exiting amid controversy regarding some questionable trades in a firm Berkshire later purchased.

Under Abel’s watch, Berkshire has built itself into a renewable energy giant, building out extensive wind farm operations in the American Midwest and expanding the company’s footprint in the southwestern U.S. He’s been richly rewarded for his efforts, pocketing US$17.5 million, including bonuses, in 2016.

But it hasn’t been entirely smooth sailing for Abel and Berkshire’s energy division. Years of persistently low interest rates attracted droves of private equity investors into alternative assets, increasing competition for Berkshire when it eyed potential power generation and distribution acquisition targets. Just last year, Abel was bested in his pursuit of Texas-based utility Oncor, when Sempra Energy swooped in with a US$9.45 billion bid.

While Abel has certainly cemented himself as a potential successor to Buffett, he’s not the only Berkshire executive with that status. Ajit Jain, who heads the conglomerate’s reinsurance unit, was promoted to vice-chair of the Berkshire’s iInsurance operations and given a seat on the board.

What may give Abel the inside track is his age: At 55 years old, he’s a full decade younger than Jain, and Buffett identified relative youth as something the board would consider in any succession plan in his 2014 letter to shareholders.

“Our directors also believe that an incoming CEO should be relatively young, so that he or she can have a long run in the job,” Buffett wrote. “Berkshire will operate best if its CEOs average well over 10 years at the helm. (It's hard to teach a new dog old tricks.)”