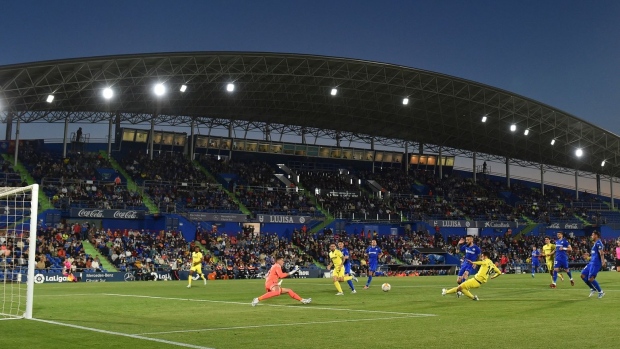 (Bloomberg) -- Forest Green Rovers are the greenest football club on the planet, according to FIFA. Located in Nailsworth in the west of England, the team was playing in one of the UK’s lower leagues when green energy industrialist Dale Vince took over.

On this episode of Bloomberg’s “Business of Sports,” we show how Vince moved to remake the club in his own image. From reducing the carbon footprint of the stadium to removing meat and dairy from the menu and even transporting players in an electric bus, he sought to really put the “green” in the team’s name.

While the changes didn’t go over well with everyone, the local fans eventually came around. And not only that—the emphasis on sustainability also managed to earn the club a worldwide following. And perhaps, some say, the greening of the Rovers had something to do with its recent success—including promotion to the next highest level of English football.