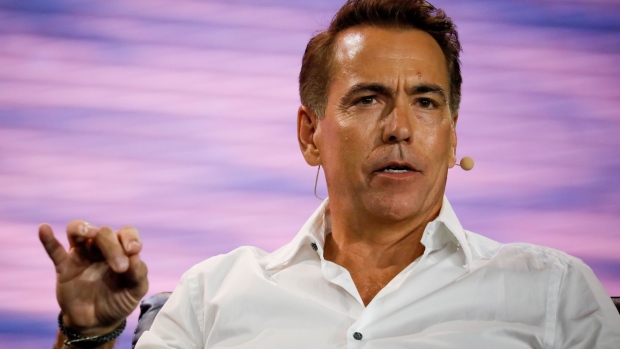 “The problem with doing really big deals is getting the equity,” said Bravo in an interview earlier this week on the sidelines of the IPEM private capital conference in Cannes, France.

Deal activity for private equity titans is sputtering as the US Federal Reserve leads central banks in a bout of monetary tightening that’s raising borrowing costs around the world. The fall in equity valuations has also made it harder for sellers and buyers to agree on price.

Private equity transactions have declined about 30% this year after a record in 2021, even as the volume of $992 billion remains high relative to historical averages, according to data compiled by Bloomberg.

With both the US and Europe poised to tip into a recession, Scott Kleinman, co-president of Apollo Global Managment Inc., said Wednesday that the slowdown in private equity deal flow looks set to last until late in 2023.

While tighter financial conditions are making it harder generally to get deals done, that’s not the case for the type of transactions that Thoma Bravo specializes in, said Bravo.

Typically, those are buyouts of high-growth tech and software firms that typically pile on less debt than traditional private equity targets.

“There is enough financing because it’s only 25% of these deals,” said Bravo. Takeovers in slower-growing software firms and other sectors can command a debt portion of as much as 40%, and in some cases more than 50%, of the purchase price.

Thoma Bravo has been a frequent borrower from private credit firms, bypassing the Wall Street banks that operate as intermediaries channeling capital from public market investors.

While global banks have all but stalled their underwriting of risky high-yield bonds and leveraged loans this year, private lenders are still providing financing, even if they’ve gotten more cautious and are demanding higher pricing.

Other private equity firms, especially those looking to do transactions in cyclical sectors, are struggling to obtain debt financing at a reasonable cost, according to market participants.

Thoma Bravo snagged US enterprise software firm Anaplan in June in a deal valued at $10.4 billion. The purchase price consisted of about 24% of loans in the form of a unitranche, which blends senior and subordinated debt into one.