Companies like Meta are at risk of losing a piece of the 'pie' to emerging companies: Angelo Zino

This is one of the biggest weeks of the year for technology company earnings, to the point that the Federal Reserve’s interest-rate decision Wednesday could be something of an afterthought.

Economists predict the central bank will raise rates by another 75 basis points as it seeks to combat surging inflation. While higher rates have been the primary headwind to tech stocks this year, investors say the policy path is now priced in, especially since consumer inflation expectations are falling, suggesting the Fed may be able to be less hawkish.

And two titans of the tech industry are giving investors cause for optimism: Microsoft Corp. late Tuesday gave an encouraging sales forecast, while Google parent Alphabet Inc. reported resilient ad revenue. The Nasdaq 100 index rose 1.5 per cent, with Microsoft up 3.7 per cent and Alphabet gaining 3.2 per cent. 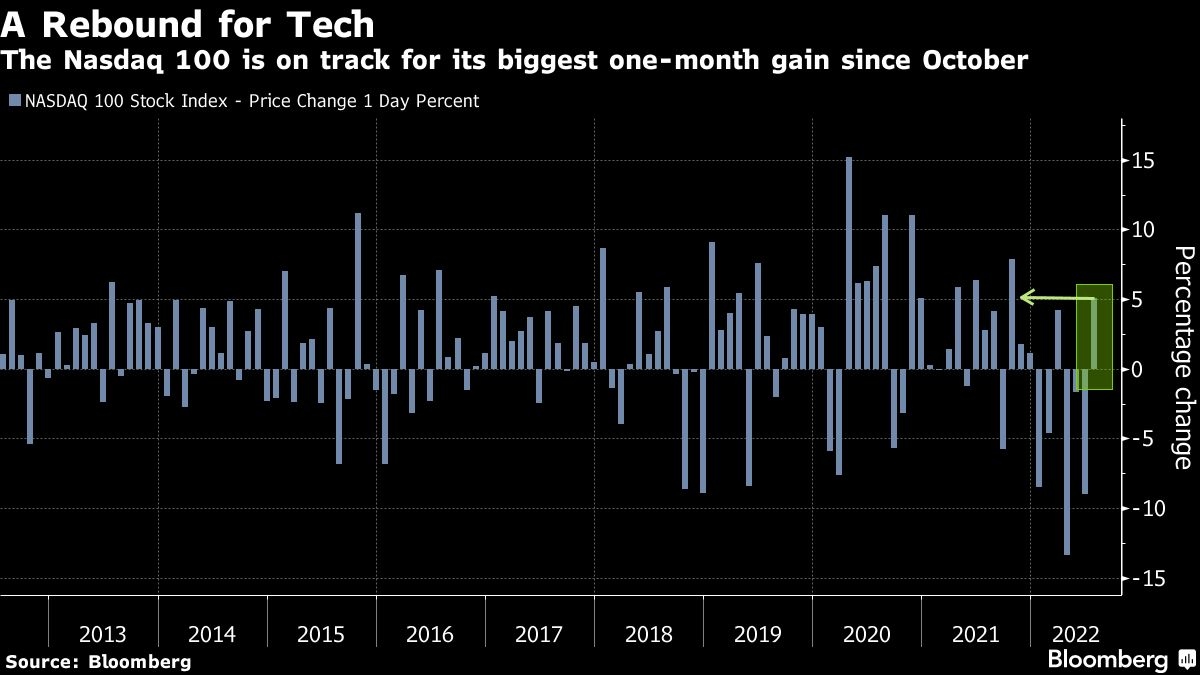 “The market is comfortable with the path of hikes, and if rates are stabilizing here, that should be a good backdrop for growth stocks to come back again,” said Jack Janasiewicz, lead portfolio strategist at Natixis Investment Managers, who has been taking profits on energy stocks and rotating into tech, while also telling clients to add to the sector.

Because the Fed is a known quantity, Janasiewicz added, earnings will be critical for the market. He is focused on how margins are holding up amid inflation, and on how much consensus estimates may need to fall.

The Nasdaq 100 has risen 10 per cent from its June low, and recently broke above its 50-day moving average for the first time since April, a positive signal for near-term momentum. It is on track for its biggest one-month percentage gain since October but remains down about 25 per cent this year. The yield on the 10-year Treasury is below 2.8 per cent, down from a June peak of almost 3.5 per cent.

The Fed’s meeting comes in a busy week for earnings. Apple Inc., Amazon.com Inc., and Facebook parent Meta Platforms Inc. are all scheduled to report this week.

So far this earnings season, about 80 per cent of technology companies in the Nasdaq 100 have reported better-than-expected earnings and revenue, according to data compiled by Bloomberg.

Of course, the macroeconomic backdrop remains a key factor behind earnings and corporate outlooks. Matt Calkins, the chief executive officer of enterprise software company Appian Corp., is so concerned about inflation that he wants the Fed to be extremely aggressive, raising rates by 100 or 125 basis points.

“We need to either get inflation back in the box, down to 2 per cent again, or we will need to end up with some kind of long-term acceptance of higher inflation,” he said in a phone interview. A recession is inevitable, he said, and “the main issue is whether we will still have inflation on the other end.”

Some investors are also concerned that earnings estimates and stock prices don’t yet reflect the full effect of a slowing economy triggered by higher rates. The Nasdaq 100 is trading at 20.8 times forward earnings, slightly above its 10-year average.

However, if consensus estimates continue moving lower, as they are expected to, that multiple might be deceptively low. Last week, Bank of America Corp. warned that the technology sector hasn’t priced in a full recession, and that it may have further room to fall.

Anthony Saglimbene, global market strategist at Ameriprise Financial, said that tech stocks still look expensive, and that there are a number of risks to the downside.

“Tech probably can’t move too high so long as the Fed is aggressively moving rates up,” he said, adding that he is overweight the sector for its long-term prospects. “If the market is wrong about the economy moving into a recession, then I think you’ll see growth in tech really propel higher.”

The cross-currents between the macro backdrop and how companies are faring in it reinforces how this earnings season could be pivotal for the market’s prospects.

Nicholas Colas, co-founder of DataTrek Research, was blunt in his assessment on what will drive trading. “Only earnings truly matter,” he wrote. “Other issues are simply sidebars to that main narrative.” 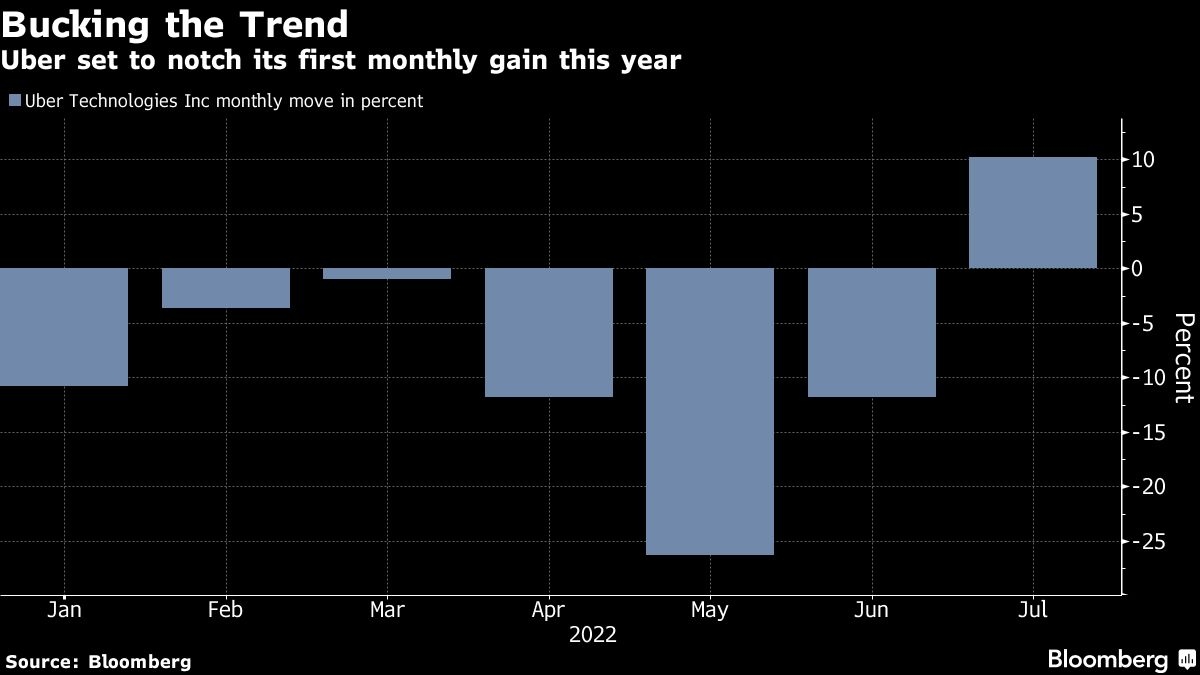 Uber Technologies Inc. shares, up 13 per cent in July, are poised to notch their first monthly gain in 2022. The ride-hailing giant’s stock is down 45 per cent this year as the company tried to manage driver shortages by offering them incentives. While demand has rebounded as travel picks up, higher fuel prices also are making fares more costly for clients and eating into its drivers’ take-home earnings. Uber is slated to report second-quarter results on Aug. 2.