There’s at least a 1/3 chance we could have a deeper correction towards the end of 2021: Bill Strazzullo

Traders also assessed minutes of the Federal Reserve’s latest policy meeting, with officials broadly agreeing they should start reducing stimulus in mid-November or mid-December amid increasing concern over inflation. Central bankers discussed an illustrative tapering path featuring “monthly reductions in the pace of asset purchases, by US$10 billion in the case of Treasury securities and US$5 billion in the case of agency mortgage-backed securities.”

Prices paid by U.S. consumers rose by more than forecast in September, underscoring inflationary pressures. The Biden administration is trying to relieve supply-chain bottlenecks ahead of the Christmas shopping season, but officials acknowledge their options are limited. Unprecedented shipping challenges, materials shortages and high commodities prices have driven up costs for producers. Many have passed a portion of those costs to customers, leading to more persistent inflation.

“Wednesday’s still elevated consumer-price index marks about six-months worth of hot inflation data -- suggesting that inflation is not as transitory as many investors previously expected,” said Nancy Davis, founder of the Greenwich, Connecticut-based firm Quadratic Capital Management. “The overall inflation story is being driven by supply-chain disruptions and a swift rise in prices, due to the labor shortage.” 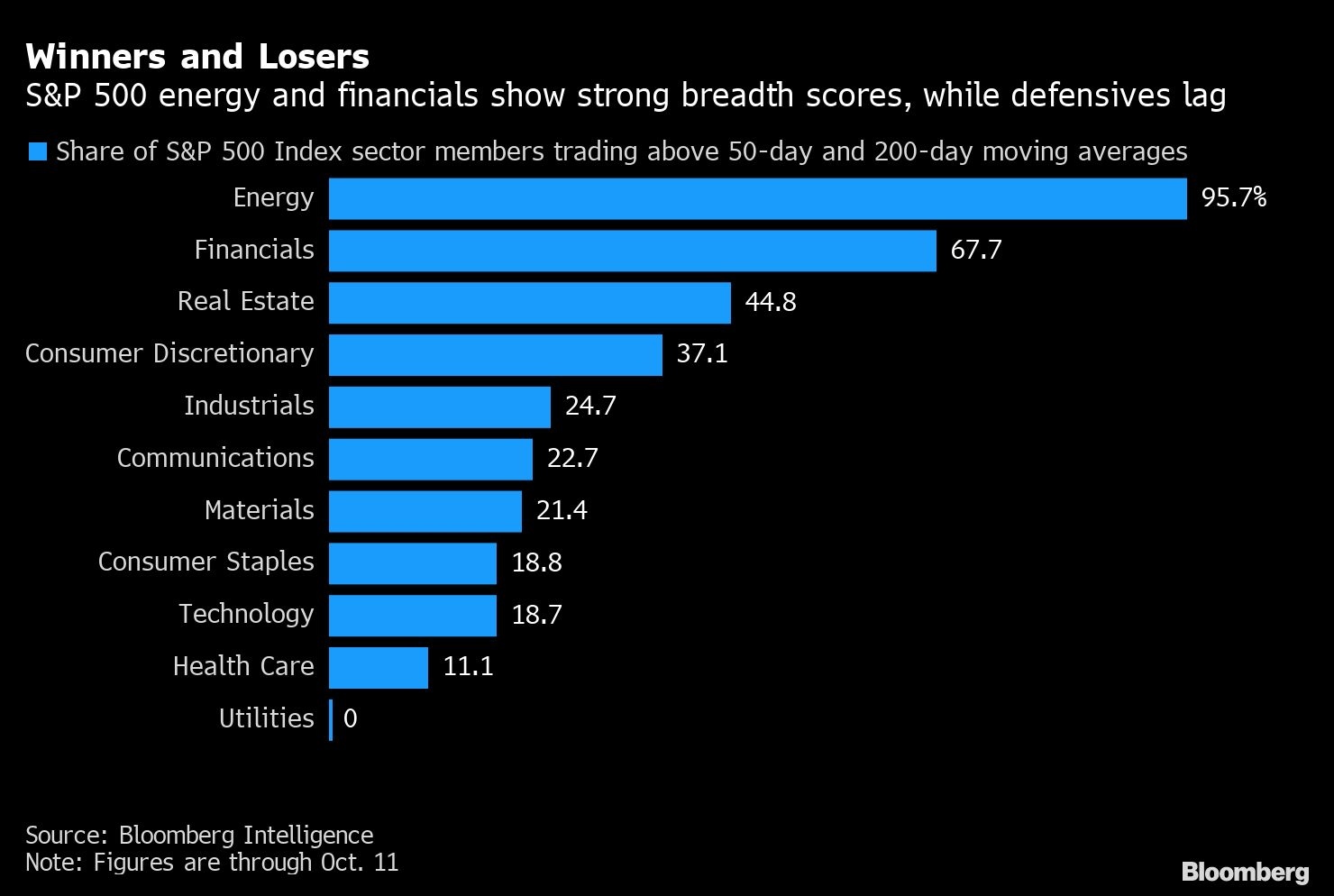