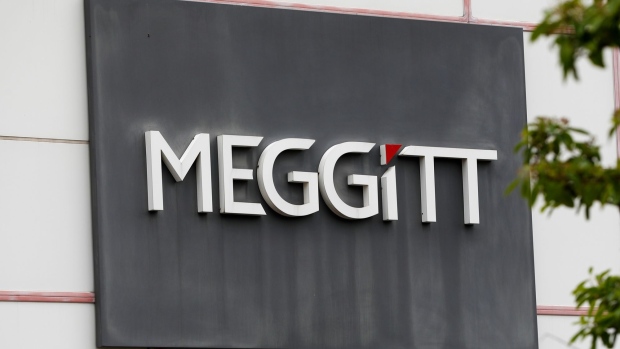 (Bloomberg) -- Meggitt Plc’s owners voted in favor of a 6.3 billion-pound ($8.7 billion) buyout by U.S. aerospace firm Parker-Hannifin Corp., leaving the U.K. government to decide whether to intervene in the latest foreign takeover of a defense supplier.

Almost all shareholders who cast a ballot backed the takeover at the general meeting, Meggitt said in a filing Tuesday. The company will now convene a court hearing to approve the 800-pence-a-share deal.

The investor support comes after a turbulent few weeks for Meggitt since the transaction with Cleveland-based Parker-Hannifin was announced in August. Rival U.S. defense supplier TransDigm Group Inc. initially topped the Parker bid with a tentative offer of 900 pence a share, before later dropping its pursuit.

“We are confident the combination of Meggitt and Parker creates a world class provider of engineered aerospace solutions,” Parker Chief Executive Officer Tom Williams said in a separate statement, adding that his company further engage with the U.K. government to finalize legally-binding commitments.

Parker has promised to continue supplying the U.K. government, and maintain technology and manufacturing in the country. A majority of Meggitt’s board will remain British.

Meggitt shares were little changed at 1:55 p.m. in London.

Meggitt is one of the last independent U.K.-based aerospace suppliers, with customers including Boeing Co., Airbus SE and BAE Systems Plc. Britain has said it will increase its scrutiny of defense takeovers after a flurry of M&A in the sector, ordering a probe into the proposed purchase of Ultra Electronics Holdings Plc by a private-equity firm.

The acquisition would be Parker’s biggest ever, beating the $4.3 billion purchase of filtration-products manufacturer Clarcor in 2017 and a $3.7 billion takeover of materials-science specialist Lord Corp. in 2019.