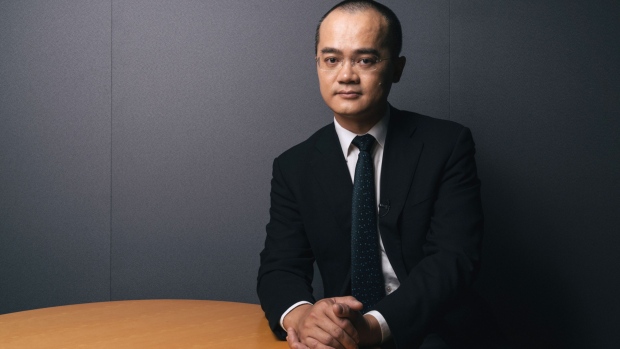 The competition between Wang Xing’s Meituan and fellow tech billionaire Jack Ma’s Alibaba Group Holding Ltd. is turning into one of the great rivalries in Chinese business.

While Alibaba is the dominant force in e-commerce with a global reputation, Wang, a generation younger, has built Meituan into a fearsome rival, the world’s largest delivery empire with ambitions to encroach on Alibaba’s home turf. There’s also years of bad blood between the two companies after an early alliance broke down.

Now Wang, 42, has raised a record US$10 billion to develop promising technologies like autonomous delivery vehicles and drone delivery to reduce labor costs and expand the footprint of Meituan’s food and e-commerce network. These investments, analysts say, will be key to supporting what Wang has previously called its “top priority”: community e-commerce, an arena where tech giants from the likes of Alibaba to JD.com Inc. and Pinduoduo Inc. are all seeking a foothold.

“Wang Xing is a driven entrepreneur and calculated strategist,” said Michael Norris, a senior analyst with Shanghai-based consultancy AgencyChina. “Community group buying is a ‘must play, must win’ segment for Meituan.”

Wang and other tech tycoons will need to tread carefully. Over the past six months, China’s antitrust watchdog has rolled out new laws giving them greater oversight of the internet sphere, and launched investigations into abuses like forced exclusive arrangements and offering preferential pricing to new customers. After Alibaba was slapped with a record US$2.8 billion fine this month, investors now expect Meituan and its backer Tencent Holdings Ltd. to be next in the line of fire, given their dominance in meal delivery and other spheres of internet life as well as past brushes with the law.

Meituan’s community e-commerce arm was among a handful of operators penalized in March for excessive subsidies, alongside units of Pinduoduo Inc. and Didi Chuxing. State media have called out the industry’s preoccupation with growing grocery deliveries instead of driving innovation, while the deaths of delivery riders in the past have also led to scrutiny of Meituan’s business practices. In January, it also shut down its crowd-sourced health insurance service after regulators tightened scrutiny over online insurance.

The record fundraising -- the largest-ever new stock issuance by a Hong Kong-listed company -- appears to defy expectations that the days of unfettered expansion for Chinese internet entrepreneurs are over. The US$10 billion raised will more than double Meituan’s cash, giving it the biggest war chest after Alibaba’s, to invest in new technologies like autonomous delivery and build infrastructure for online groceries. While the company didn’t single out the red-hot community commerce space in its deal term sheet Monday, investors expect Meituan to funnel capital into that sector to secure a slice of the pie.

Wang’s firm, which has been cultivating autonomous delivery for years, will face stiff competition in this area from rivals including Didi and JD.com, which have also been exploring the technology. Alibaba, for its part, made its first trial drone delivery in 2015. Meituan’s efforts have accelerated since the COVID-19 outbreak last year and it’s so far deployed self-driving vehicles to deliver 35,000 grocery orders in Beijing. In Shenzhen, its drones have also delivered more than 1,000 orders as of mid-April since a pilot program kicked off in January.

Wang, a coding guru whose methodical obsession with data and algorithms proved instrumental in humbling Alibaba’s rival meal service Ele.me, has openly telegraphed his ambitions. In a 2017 interview with local media, he said Meituan could join Alibaba and Tencent as the third member of a Chinese internet triumvirate in five to 10 years, due to the value it creates in food, travel and other services.

“I don’t believe in setting limits for myself,” Wang said in the interview. “As long as we’re clear on our core purpose -- Who are we serving? What services do we offer? -- we will just keep trying different types of businesses.”

But his past gambles have been somewhat hit or miss. An early foray into ride-hailing petered out when Chinese regulators cracked down on Didi. He bought Mobike in a deal valuing the startup at US$3.4 billion in 2018, the height of China’s bike-sharing bubble, and has since had to scale back the business’s overseas operations. The travel division got sideswiped by COVID and lacks a roadmap to profitability against Trip.com Group Ltd. In all, Meituan has launched as many as 200 services over the years.

Now the serial entrepreneur, worth roughly US$21.3 billion, is tooling up for his biggest battle yet, taking on Pinduoduo, JD.com and a host of nimbler startups in the field of groceries. As Meituan deepens its presence in e-commerce, the biggest rival standing in his way is Ma’s Alibaba.

The animosity between Wang and Ma dates back more than half a decade. Alibaba -- an early investor in Meituan -- refused to put more money into the startup in mid-2015 because it wouldn’t fully integrate its app with the larger firm’s. In response, Wang turned to Alibaba’s arch-rival Tencent, which pledged US$1 billion of funding, merged its delivery services with Meituan and allowed the combined company to operate independently, sidelining his one-time partner.

In an interview with Bloomberg News published in 2019, Wang said he thought Ma had “an integrity problem,” citing the way he spun off digital payments subsidiary Alipay without the approval of Alibaba’s board. Instead, Wang called Amazon.com Inc. founder Jeff Bezos a role model, pointing to his willingness to defer profits and reinvest in new business.

Meituan is now adopting that same philosophy, saying in March it expects to stay in the red for the coming quarters as it ventures into online groceries. In particular, it’s expanding aggressively into community e-commerce, where buyers in the same neighborhood enjoy bulk discounts on fresh produce. The market is estimated to reach nearly 121 billion yuan (US$19 billion) this year, drawing heavy investments from other tech giants.

“The cash burn in grocery will be quite brutal, just like with the ride-hailing wars,” said He Qi, a fund manager at Huatai Pinebridge Fund management. “Cash is a necessity in winning this one, and whoever is victorious will be reap great rewards because grocery shopping is a higher frequency transaction.”