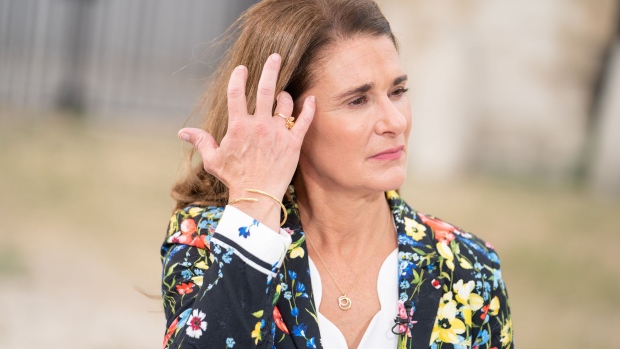 Melinda Gates, co-chair of the Bill and Melinda Gates Foundation, pauses during a Bloomberg Television interview at the Group of Seven (G-7) finance ministers and central bank governors meeting in Chantilly, France, on Thursday, July 18, 2019. Global finance chiefs found common ground in their fear of Facebook Inc.’s Libra initiative as they met to discuss more contentious issues from digital taxation to the economic outlook. , Bloomberg

Cascade Investment, the holding company created by Bill Gates, transferred stock in two of Mexico’s largest companies to Melinda French Gates, bringing the total amount she’s received in the past few days to more than US$2 billion.

Cascade moved stock worth more than US$500 million in Coca-Cola Femsa and Grupo Televisa to her control, according to regulatory filings dated May 3, the same day the Gateses announced they were ending their 27-year marriage. Cascade shifted about US$1.8 billion of shares in Canadian National Railway Co. and AutoNation Inc. this week to French Gates, Bloomberg reported Tuesday.

Their separation is expected to involve a wealth transfer on a scale that’s only been seen in a few other divorces, though few details have yet emerged. It could also have ramifications for one of the most important philanthropic organizations on the planet. The Bill & Melinda Gates Foundation has given away more than US$50 billion to support health care, education, gender equality and efforts to combat climate change.

Cascade transferred a stake worth about US$120 million in Coca-Cola Femsa and a holding valued at about US$386 million in Grupo Televisa to French Gates, according to Bloomberg calculations based on the filings.

Gates, the 65-year-old co-founder of Microsoft Corp., is worth US$144.2 billion, according to the Bloomberg Billionaires Index. French Gates, 56, is a former Microsoft manager who’s gained international prominence co-running the foundation, and more recently for starting Pivotal Ventures, an investment and incubation company to advance “social progress” in the U.S.

Bill Gates’s biggest asset is Cascade Investment, which he created with the proceeds of Microsoft stock sales and dividends. Cascade oversees a vast portfolio comprising real estate, energy and hospitality as well as stakes in dozens of public companies.

The biggest public position is agricultural-machinery maker Deere & Co., with Cascade holding more than 10 per cent of the stock valued at about US$12 billion, followed by an US$11.8 billion stake in waste-collection company Republic Services Inc., Bloomberg data show. That’s followed by Canadian National and Ecolab Inc.

Most of the portfolio, overseen by money manager Michael Larson, is comprised of North American companies, but it also owns stock in Diageo Plc, the world’s largest distiller, and London-based private-jet services firm Signature Aviation Plc.

The divorce comes two years after the 2019 separation announcement of Jeff Bezos and MacKenzie Scott, another billionaire tech couple in Washington State. That split led to a division in the couple’s 16 per cent stake in Amazon.com Inc., with Bezos getting 75 per cent of the holding and Scott 25 per cent.

The Gateses are also among the largest landowners in America and have homes including their 66,000 square-foot mansion in Medina, Washington.