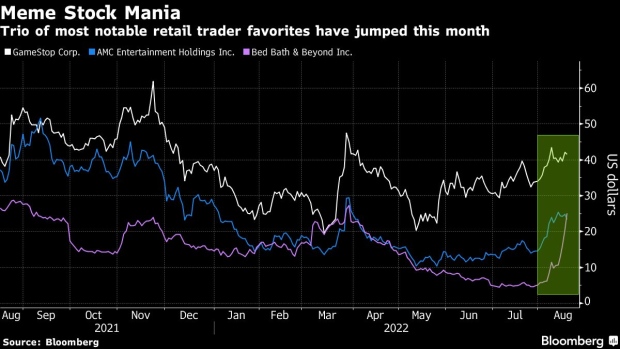 (Bloomberg) -- Investors betting against the most well-known meme stocks have lost about $1.65 billion this month after the shares soared in value, prompting a short squeeze.

AMC Entertainment and GameStop have peeled off roughly five-month highs recently, while Bed Bath & Beyond powered higher for a sixth session on Wednesday.

Bearish bets against Bed Bath & Beyond have soared to 55% of shares available for trading, according to S3 data. That compares to 23% of GameStop shares and just under one-fifth for AMC Entertainment.

(Updates figures throughout for market close.)