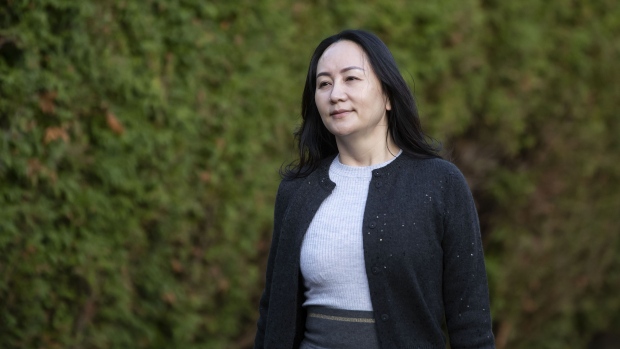 VANCOUVER - A lawyer for a Huawei executive whose arrest at Vancouver's airport two years ago put a chill on Canada's relations with China accused a border official of giving testimony that is “an entire fabrication” at extradition proceedings today.

Defence lawyer Mona Duckett made the accusation in her cross-examination of Supt. Bryce McRae of the Canada Border Services Agency as Meng Wanzhou fights extradition to the United States, where she is wanted on charges of fraud and conspiracy to commit fraud, which she denies.

McRae testified that he contacted the border agency's national security unit to ask for guidance on questioning Meng but he didn't write down what he was told.

He said he remembers that the specialist he spoke with suggested asking Meng where she has homes around the world.

McRae told the B.C. Supreme Court he shared the questions orally with at least one of the two border officers conducting the customs and immigration exam.

But Duckett told McRae she believes the specialist didn't offer questions but instead told McRae that Meng's examination should be halted.

“I suggest that when you spoke to (her) she informed you you should shut down this exam,” Duckett said.

“I don't recall ever receiving that information,” McRae responded.

Duckett pointed to McRae's own notes, which recorded the time of his calls to the national security unit as taking place at 1:35 p.m. and 2:01 p.m. on Dec. 1, 2018, the day of Meng's examination and arrest.

She asked if McRae had an explanation for “why the question about what residences Ms. Meng owns anywhere in the world was asked” by a border officer at 1:09 p.m.

“I suggest because your evidence about the advice you received is an entire fabrication,” said Duckett.

McRae told the court that the officers under his supervision would have had their own questions for Meng and would not have solely relied on guidance from the national security unit.

Meng's legal team is gathering evidence in court for an abuse of process claim, alleging RCMP and border officials co-ordinated their actions to obtain evidence against her when she was arrested.

Meng and Huawei deny allegations she lied to HSBC, putting the bank at risk of violating American sanctions against Iran.

In evidentiary hearings last month, a Canadian border official said he accidentally shared Meng's cellphone passcodes with RCMP officers and there was no plot to circumvent privacy laws.

Since Meng's arrest, relations between Canada and China have eroded, and China's arrest of Canadians Michael Kovrig and Michael Spavor are widely considered to be retaliation for her detention.