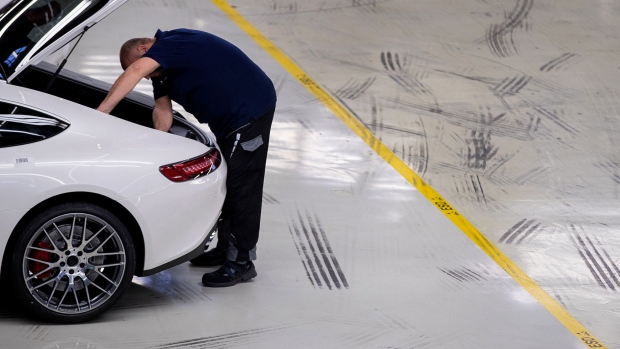 Daimler AG plans to eliminate thousands of jobs worldwide to revive profit margins squeezed by heavy investments in electric and self-driving vehicles, following on the heels of rivals BMW AG and Volkswagen AG’s Audi division in mapping out cost savings.

The job cuts will be carried out by the end of 2022 as part of efforts to reduce spending by 1.4 billion euros (US$1.5 billion), the maker of Mercedes-Benz cars said Friday in a statement. The company didn’t specify a total.

The world’s top producer of luxury and commercial vehicles set the scene for the cutbacks earlier this month when new Chief Executive Officer Ola Kallenius warned returns may remain depressed for the next two years. A target for 2020 of at least four per cent operating return on sales at the main Mercedes cars unit disappointed investors, coming in at less than half of what French mass-market peer PSA Group generated in the first half of this year.

Automakers have unveiled plans for record investment to develop new technology to meet stricter emissions regulations in key markets. At the same time, global demand for new vehicles is softening after a decade of almost uninterrupted growth fueled by China.

Both Audi and BMW revealed plans this week for cutbacks after talks with unions. Audi plans to cull as many as 9,500 jobs in Germany, or roughly 15 per cent of its workforce, to lift earnings by six billion euros. BMW hammered out a labor pact that included lower bonus payments for employees in Germany.