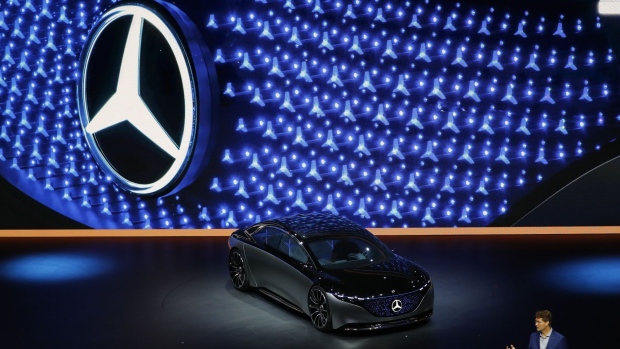 Mercedes-Benz, which has fixated for years on leading the auto industry in luxury-vehicle sales, will put less emphasis on volume and restructure its operations to be more profitable in the midst of a costly shift to electric cars.

Daimler AG’s main division will aim for a return on sales in the mid to high single-digit range by 2025, even if market conditions are unfavorable. Its goal will be to earn a double-digit profit margin if the sales environment is strong.

“We have not yet lived up to our full potential in terms of turning volume success into profit growth,” Chief Executive Officer Ola Kallenius said in a statement ahead of a capital markets day presentation. Operating margin for the Mercedes cars unit was just 2.2% in the first quarter of this year and went negative the next three months as the coronavirus pandemic forced carmakers worldwide to shut factories and showrooms.

Kallenius, 51, will prioritize profit and pricing ahead of volume, signaling Mercedes will be less focused than it has been in the past on beating BMW AG on the sales charts. The CEO wants to expand and electrify the AMG, Maybach and G sub brands that command premiums over base models by charging more for souped-up performance and high-end features.

Investor confidence in Daimler gradually improved in recent months after the German manufacturer navigated the unprecedented industry slump triggered by COVID-19 better than feared. But electric-car leader Tesla Inc. has zoomed past all traditional manufacturers to become the world’s most valuable automaker while Daimler and others wrestle with revamping their legacy operations.

Daimler shares rose more than 1 per cent in afternoon trading, lifting the manufacturer’s market value to roughly US$61 billion. Tesla is worth almost US$400 billion.

Mercedes has cut its employee count by about 3,800 positions this year as of August and slimmed fixed costs down by 12 per cent. It’s targeting more than a 20 per cent reduction in costs by 2025 compared with last year by shrinking production capacity and personnel expenses.

The high-performance AMG brand will debut an electrified model next year. The Maybach brand, which Kallenius hinted in an interview last month would go electric, will double in size. 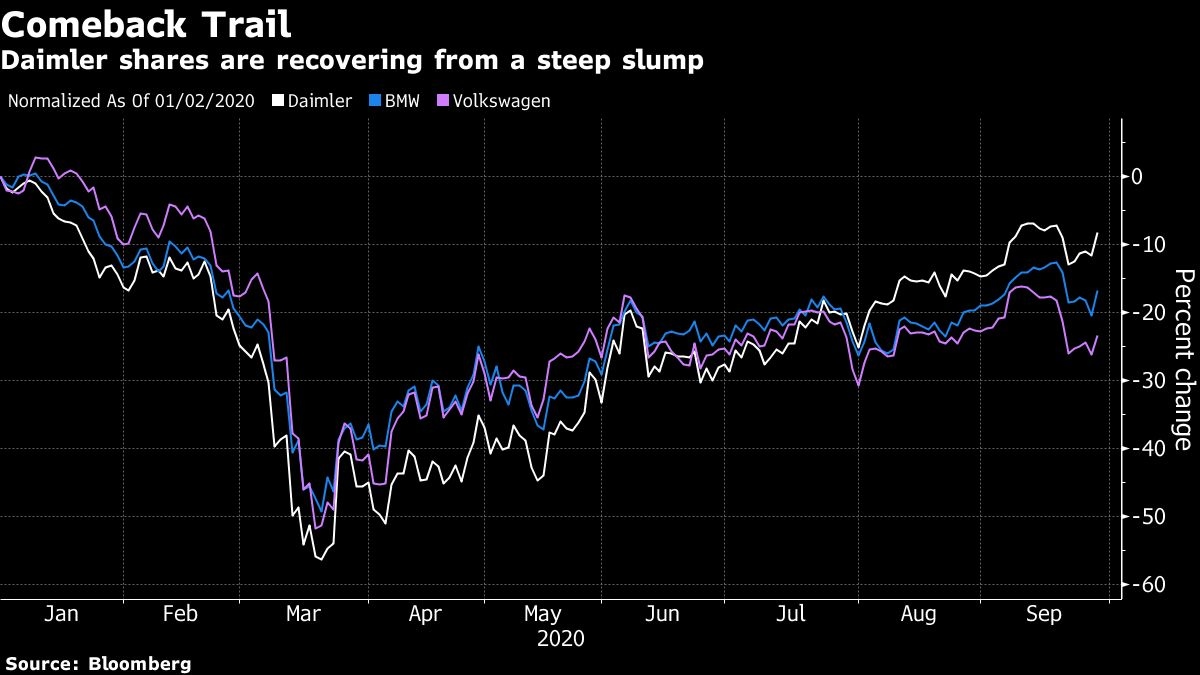 By the end of the decade, more than half of Mercedes’s global sales will be electrified, while the number of combustion engine variants will fall by 70 per cent. Battery costs are dropping faster than expected, the company said, so high-end EVs will be solidly profitable from the start and new architectures will contribute to margins by the middle of the decade.

“We strive for nothing less than taking the lead in electric drive and car software,” Markus Schaefer, chief operating officer of Mercedes, said in the statement. The company will offer over-the-air upgrades similar to what Tesla has offered its customers and sees digital services bringing in 1 billion euros (US$1.2 billion) of earnings before interest and taxes by 2025.

Daimler has 13 buy ratings among analysts surveyed by Bloomberg, followed by 11 holds and seven recommendations to sell the stock. The stock slipped 3.1 per cent this year through the close of trading Monday, outperforming larger German peer Volkswagen AG and arch rival BMW AG.

Mercedes has flanked its all-electric EQC SUV with a battery-powered minivan dubbed EQV. It plans to start output of the compact EQA hatchback later this year and rolled out a fresh version of its flagship S-Class last month. The sedan will get a fully-electric sibling dubbed EQS next year, which will be based on the company’s first dedicated electric-car platform. An architecture for compact and medium-size cars is coming in 2025.

Profits from large luxury cars will be key to financing restructuring costs aimed at making Mercedes more efficient. The brand has outsold luxury-car rivals for years, but returns have slumped below the level of mass-market peers such as PSA Group.