Global Chip Shortage May Last Through Into 2022: Bain & Co.

Daimler AG’s main Mercedes-Benz division expects sales to stabilize in the fourth quarter and still aims to generate double-digit returns this year despite disruptions from the global semiconductor shortage.

“We currently anticipate a more normal sales volume in the fourth quarter, probably on the level of the first or second quarter, but still far below what we’ve previously planned for,” Wilhelm said. The unit is still targeting an operating profit margin of between 10 per cent and 12 per cent for 2021.

Chief Executive Officer Ola Kallenius cautioned this month that the shortage is bound to trigger a significant sales decline in the current quarter and warned supply issues won’t entirely disappear next year. While the crunch has disrupted production, it’s also led automakers to prioritize their most profitable cars, helping to bolster Mercedes’s margins to levels not seen in years. 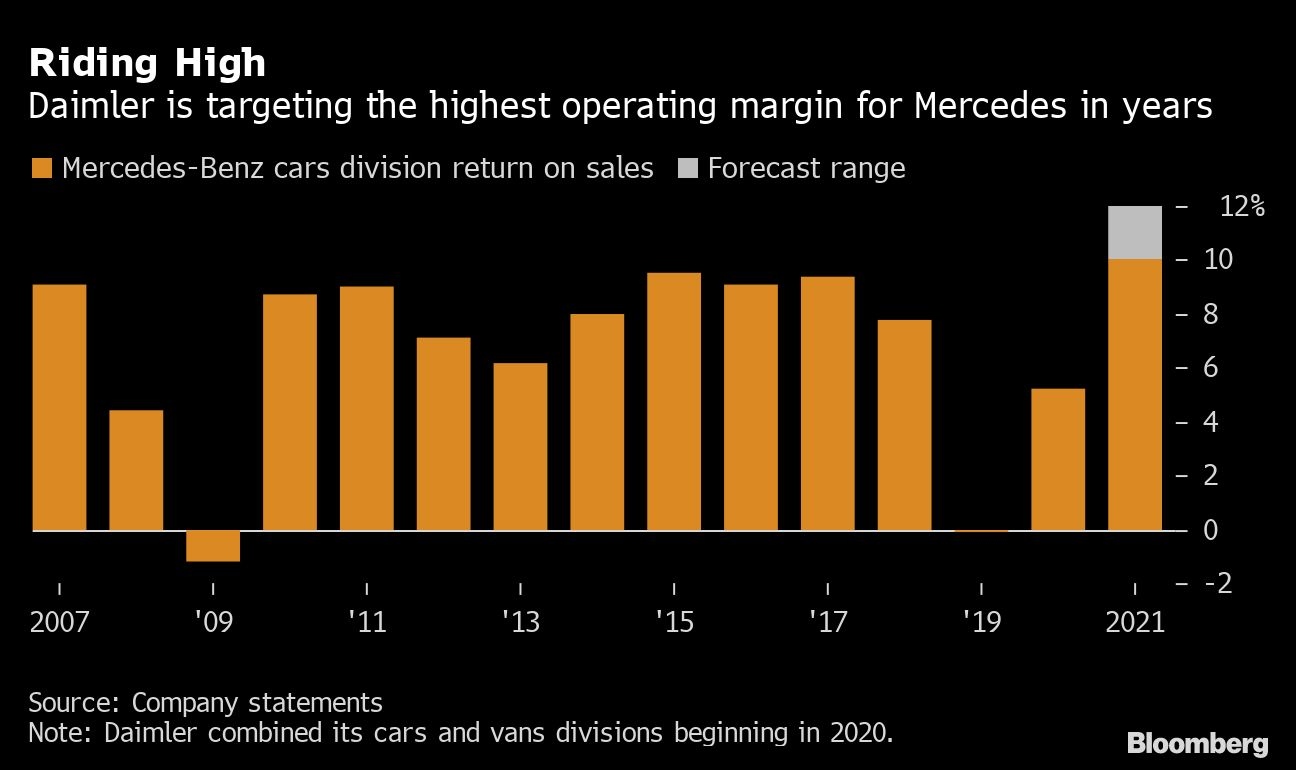 The German manufacturer is pushing to retain the current profitability level even as some costs such as travel expenses are bound to creep back up once the pandemic eases, Wilhelm said.

“Our recent results show that we made progress in lowering our break-even point,” the CFO said. “We have the firm intention to keep our focus on cost discipline and prove that we can sustain the current margin level.”

Maintaining strong profitability would go a long way toward achieving the desired re-rating of Daimler shares, which also may be due for a boost from the planned separation of Daimler Truck later this year. Investors are scheduled to vote on the spinoff at an extraordinary shareholder meeting on Oct. 1.

Daimler has said Mercedes will retain a 35 per cent stake in the truck company. The carmaker has pledged to keep the truck shares for three years, though the agreement does include a possible option to divest shares after one year.

While investors and analysts have praised the truck spinoff, Daimler’s stock still trades at lower earnings multiples than luxury goods and technology companies.

“The current valuation doesn’t fully reflect the potential of the company yet, but it should become visible once the separate listing of the truck unit has been finalized in December,” Wilhelm said.