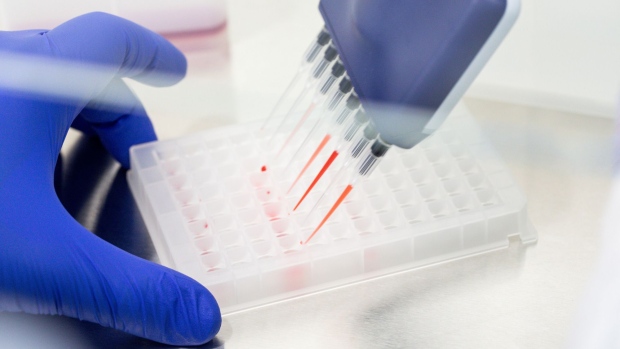 Merck & Co. plans to begin two large clinical trials in September of an experimental oral antiviral therapy for COVID-19, pushing ahead with efforts to bring another treatment option to market.

There is a “profound medical need for an orally active treatment,” Roger Perlmutter, the pharmaceutical giant’s top scientist, said Friday on Merck’s earnings conference call. The therapy, known as MK-4482, was discovered by scientists at Emory University and is being studied in phase 2 trials. If approved by regulators, it would compete with Gilead Sciences Inc’s remdesivir, which is administered intravenously and being evaluated as an inhaled spray.

In addition to the planned late-stage trials, Merck and collaborator Ridgeback Biotherapeutics LP are in talks to start a large phase 2 trial of MK-4482 with the National Institute of Allergy and Infectious Diseases.

The U.S. drug giant also said Friday it intends to start human trials this year of two vaccines based on the technology behind its Ebola shot and a measles vaccine technology discovered by the Pasteur Institute.

Merck, despite its long history of vaccine work, was a slower entrant to the global race to find an inoculation. However, the use of two distinct vaccine approaches could help the company meet a need for different products in different populations, it said. It also hopes to create shots that could be given in a single dose, which it said will make them more accessible to patients. Some of the current front-runners in the vaccine hunt are studying two-dose shots.

One of the Merck experimental vaccines could be taken orally, Perlmutter said.

COVID-19 harmed Merck’s business in the second quarter, leading to a sales hit of roughly US$1.6 billion, but “it has also demonstrated the critical importance of organizations that are focused on breakthrough science,” said Chief Executive Officer Kenneth Frazier.

“We are incredibly energized by this mission,” Frazier said on the conference call. “Simply put, this is why Merck exists.”

Perlmutter said he was optimistic about the results from other vaccine candidates to date.

“The results that we’ve seen thus far from a variety of early phase 1 studies are as good as one could hope for really,” he said. However, additional large, late-stage trials are needed to answer many critical questions, including how well the vaccines will perform in patients, he said.