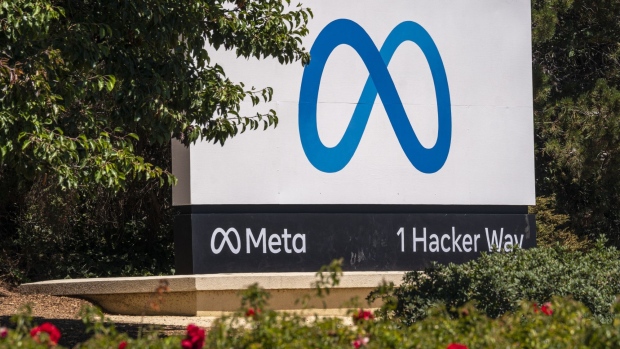 (Bloomberg) -- Meta Platforms Inc.’s board was by sued by a shareholder activist who says the directors put profit over public safety, broad economic welfare and the interest of diversified stockholders.

The lawsuit was filed by James McRitchie, editor of Corporate Governance and a top proponent of shareholder proposals. He alleges that the leaders of the world’s largest social media company have pursued an “outdated” approach to financial success that disregards the “high costs that Meta imposes on society and the economy.”

“Modern stockholders have modern financial interests in the equity capital that they own, and the company must advance those interests to uphold its duties to Meta’s owners,” according to the complaint. “It has not.“

Filed Monday in Delaware Chancery Court, the suit seeks class-action status and unspecified damages, as well as a court order finding that the officers and directors have breached their fiduciary duties and barring them from “continuing to disregard the interests of Meta’s diversified stockholders.”

The social media giant is already deep in legal troubles, including an antitrust crackdown by the federal government. On the horizon is a Supreme Court case that could launch a fresh wave of lawsuits against big tech companies.

Read more: Facebook Falls After Whistleblower Speaks Out Against Harms

McRitchie argues that Meta has consciously ignored “red flags” raised by past proposals urging the company to consider the harmful impact of its business models and has failed to revise corporate governance guidelines.