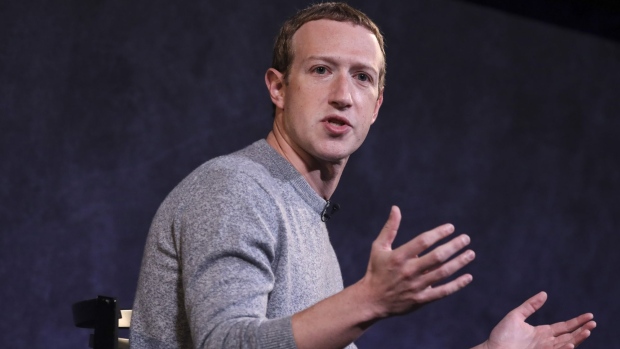 The Federal Trade Commission argues that Meta’s plan to buy Within, the maker of fitness app Supernatural, is intended to give the tech giant a leg up in dominating the burgeoning VR market. The eight-day hearing in San Jose represents a test case for FTC Chair Lina Khan and her more aggressive strategy on mergers, especially by digital giants.

The FTC’s case focuses on “potential competition,” said Florian Ederer, an economics professor at Yale School of Management who specializes in antitrust. The FTC alleges that Facebook parent Meta abandoned its own plans to develop a virtual reality fitness app in favor of buying Within.

“This is a landmark case for the FTC,” Ederer said. “Meta wants to make more inroads into the virtual reality space. That’s where they see the future is. If Meta couldn’t buy Within, it could develop its own app that would directly compete.”

The FTC sued Meta in July over the deal, alleging the company was seeking to create a monopoly in virtual reality much in the same way Facebook bought up Instagram and WhatsApp to extend its dominance in social networking. During the Trump administration, the agency sued the company seeking to unwind those deals retroactively. That case is pending.

The Within suit represents the first time the FTC has preemptively challenged a deal by the social media giant, which has bought more than 100 smaller companies over the past decade. Tech companies and investors are closely watching the suit amid concerns the case may make startup acquisitions more difficult.

“The success of our economy relies on businesses and startups,” said Shapiro, whose group includes Meta as a member, though he said he hadn’t spoken with the company about the FTC lawsuit. “This fundamental reversal is so bad on so many levels I feel duty bound to speak up.”

Meta Chief Executive Officer Mark Zuckerberg has sought to reposition his company as a leader in the metaverse — a more immersive version of the internet where people can populate an alternative virtual world to go shopping, go to work and see friends. But the transition has been slow after a rebrand of the company formerly known as Facebook. Still, Meta has made important inroads; its Quest headset is the most used VR device, with a 74% market share in the third quarter of 2022, according to research firm International Data Corporation.

Over the course of the hearing, Judge Edward Davila will hear testimony from top Meta executives, including Zuckerberg and Meta’s head of VR Andrew Bosworth. He has pledged to issue a decision by the end of the year on whether to block Meta’s acquisition while the FTC conducts a lengthier, administrative proceeding on the deal in 2023. Meta has said in court filings that it’s likely to abandon the transaction if the judge rules in the FTC’s favor.

“We are confident the evidence will show that our acquisition of Within will be good for people, developers and the VR space, which is experiencing vibrant competition,” Meta spokesman Christopher Sgro said. “The FTC’s case is based on ideology and speculation, not evidence. We are ready to make our case before the court.”

Antitrust experts agree the lawsuit may be hard for the FTC to win. The last time the agency pursued a potential competition case – a 2015 merger between STERIS Plc and Synergy Health Plc – it lost, said Daniel Francis, an FTC veteran who now teaches antitrust at New York University School of Law.

“The FTC is putting its credibility on the line in a very important part of the merger-enforcement project,” Francis said. “The cost of a failed litigation, and particularly a litigation on unpromising facts, can be new law that makes it even harder” to win the next time.

To make its case against the Meta-Within deal, the agency is relying on older court cases from the 1970s that antitrust laws can prohibit deals that have an impact on potential competition, said Rebecca Haw Allensworth, an antitrust professor at Vanderbilt Law School.

The FTC wants “to win but they also want to change the law,” said Allensworth. Invoking those old cases “is not desperation. They are trying to return to that.”

Meta denies the allegations and has argued that virtual reality remains a highly dynamic and competitive industry. It has pointed to Sony Group Corp.’s Playstation VR headsets and virtual reality headsets introduced by TikTok parent ByteDance Ltd. in Europe and Asia, as well as expectations that Apple Inc. may enter the market with its own product.

The company also argues that consumers have a wealth of options for fitness outside virtual reality. Meta plans to call witnesses from NIKE Inc., Peloton Interactive Inc. and Equinox Media LLC, which makes the connected bicycle and app used by SoulCycle Inc.

--With assistance from Alex Barinka.