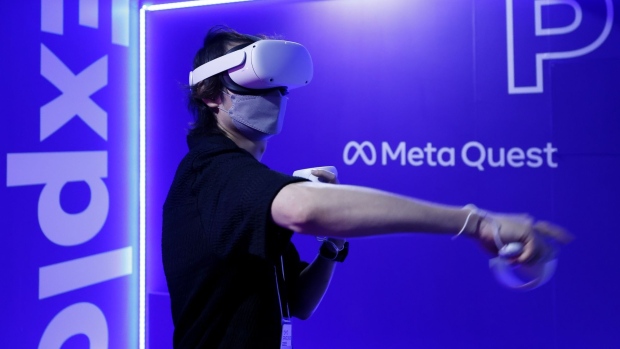 (Bloomberg) -- Meta Platforms Inc.’s virtual reality headsets are returning to German shelves for the first time in more than two years after the company addressed concerns from the nation’s antitrust watchdog.

Meta will sell the Meta Quest 2 headsets in Germany “just in time for Christmas,” the company said in a blog post on Wednesday, after removing a requirement for users to have a Facebook account.

Germany’s Federal Cartel Office said Meta was allowed to sell the headsets again in an announcement last month, after the company agreed to let users sign up with a separate account. The company had removed its headsets from the German market in 2020 after the country’s top court confirmed an allegation that Facebook was abusing its dominant position.

“Meta has responded to our concerns and has offered to give users of Quest glasses the option to create a separate Meta account as a solution to the problem,” Federal Cartel Office President Andreas Mundt said in a statement at the time.

Still, the watchdog also said in the November announcement that it is also scrutinizing “whether and how data is processed in the context of different Meta services.”