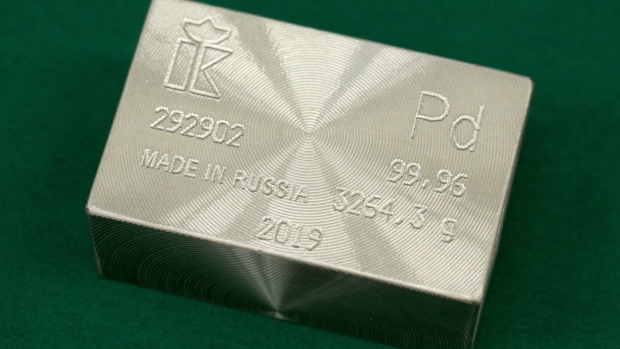 A "Made in Russia" engraving sits on a palladium ingot following manufacture at the JSC Krastsvetmet non-ferrous metals plant in Krasnoyarsk, Russia, on Tuesday, Nov. 5, 2019. , Bloomberg

Palladium’s surge has given it the title of most-expensive of the major traded precious metals, and its gap over gold may widen as demand buoys prices.

The metal used in catalytic converters hit an all-time high of more than US$3,018 an ounce in May and, even as its rally cooled over the past month, is still more than US$900 more expensive than bullion. The spread between the two spiked last month to the widest since its record in February last year and may continue to expand as the global economic recovery boosts consumption.

The global palladium market is expected to be in deficit on a rebound in the auto industry, tougher pollution controls and an unexpected tightening of supply after the world’s largest producer said flooding at its Arctic mines will curb output. It’s a different prospect for gold -- which is little changed this year compared with a 15 per cent jump in palladium. 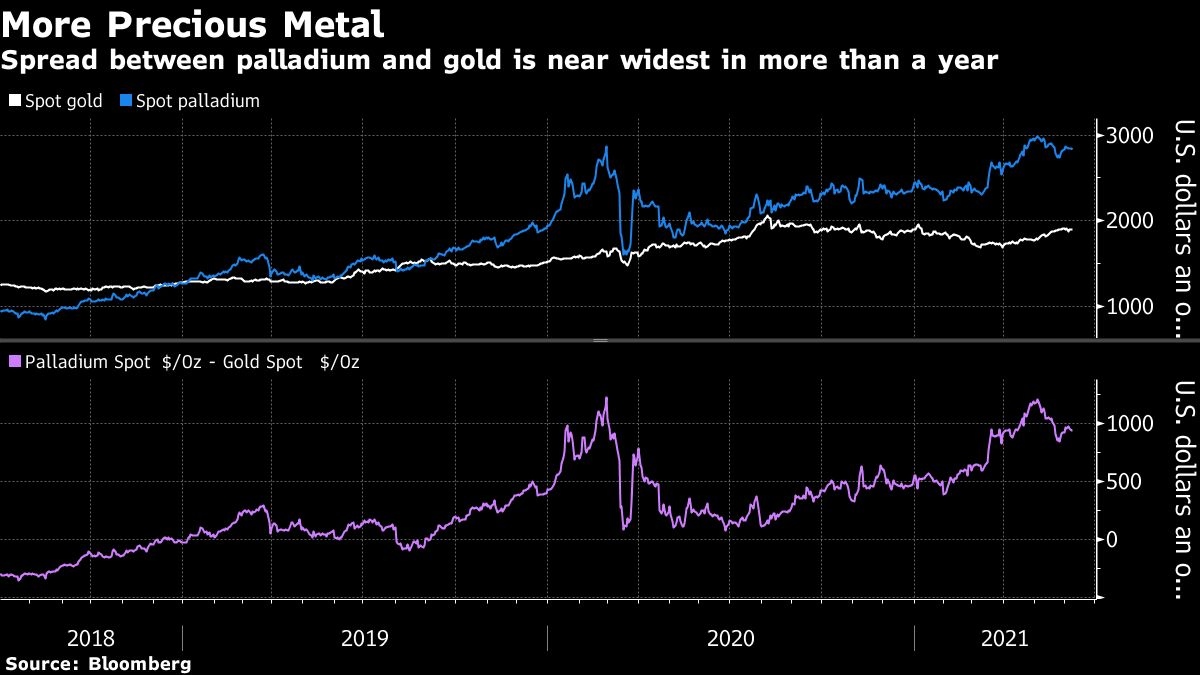 Gold is set to weaken, and may fall to US$1,700 an ounce at year-end, due to a strengthening U.S. dollar and rising real yields, said Georgette Boele, senior precious metals analyst at ABN Amro.