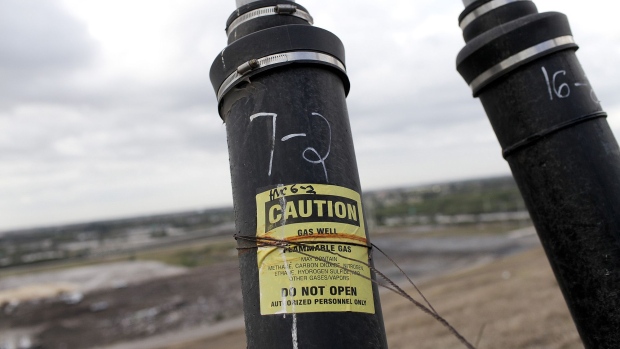 (Bloomberg) -- U.S. oil and gas producers would have to spend about $1.2 billion a year to comply with tougher methane rules proposed by the Biden administration, according to S&P Global Platts.

New regulations proposed Tuesday by the U.S. Environmental Protection Agency seek to slash emissions of the potent greenhouse gas by 74% from 2005 levels by the end of the decade. They include requiring more frequent inspections and repairs of methane leaks at oil industry sites.

The regulations would cover wells drilled before September 2015 that produce a total of 3 million barrels of crude per day, including nearly 750,000 wells pumping less than 15 barrels a day, according to Platts. Still, most marginal producing facilities will only be required to do a one-time survey to demonstrate no active leaks, rather than regular monitoring, said Parker Fawcett, Platts North America supply analyst.

“If crude prices remain strong, we believe the impact to supply will be minor,” Fawcett said in a note.

EPA says the benefits would far outweigh costs of compliance and increase recovery of natural gas that would otherwise go to waste.