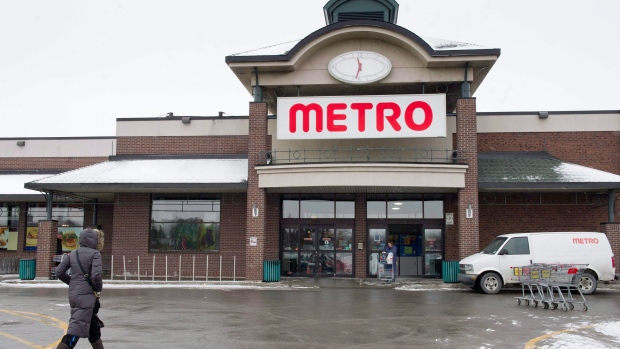 Metro Inc. plans to roughly double the number of stores with self checkouts during its 2020 financial year as the industry contends with a tight labour market.

"It's a challenge," said CEO Eric La Fleche, during a conference call with analysts after the company released its fourth-quarter results.

In October, the unemployment rate in Quebec was five per cent and 5.3 per cent in Ontario, according to Statistics Canada. Both fell below the national rate of 5.5 per cent.

Metro operates most of its food and pharmacy stores in Canada's two largest provinces along with some Jean Coutu locations in New Brunswick.

La Fleche said the company is managing through the problem so far but he noted at a certain point, if staff don't show up or stores can't find people to fill vacancies, store conditions start to reflect that reality.

"That's why technology, like self checkout or shelf labels, helps in making the job simpler for our store people," he said.

More than 100 Metro stores already have self checkouts installed and the company plans to add the technology to another 100 locations this fiscal year, he said.

Currently, 37 stores have electronic shelf labels that don't require price tags to be updated manually, he said, and Metro is targeting to boost that number to close to 100 by the end of its 2020 financial year.

While the company is installing the self checkouts in an effort to improve customer experience, La Fleche said the technology and electronic shelf labels help manage labour costs.

"If we manage our hours well ... we're seeing some labour savings as expected to provide the return on investments."

The comments came as the retailer ended its fiscal year with a 15.4 per cent net earnings boost in the fourth quarter.

The Montreal-based company earned $167.4 million or 66 cents per diluted share for the period ended Sept. 28, up from 56 cents per share or $145 million a year earlier.

Metro was expected to report 69 cents per share in adjusted profits on $3.85 billion of revenues, according to financial markets data firm Refinitiv.